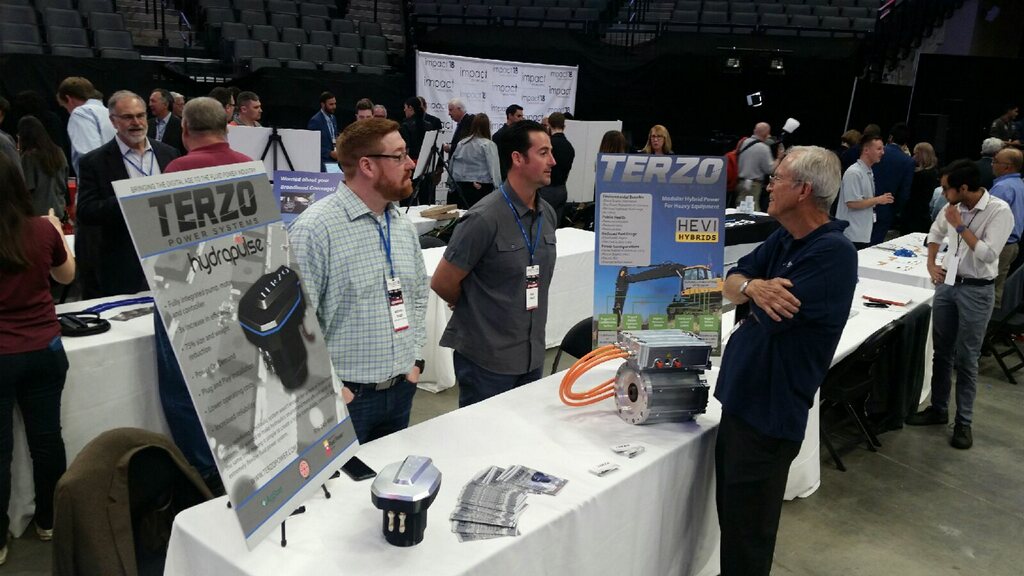 Sacramento just had its biggest tech startup event ever.  This Tuesday (May 8) seven clean tech companies got some great exposure when they found themselves in a room of 1,000 people at the Second Impact Global Venture Summit at the Golden 1 center.  There was Athena Intelligence, CarbonBlu, Enerdapt, Empower Energy, Tenkiv, Terzo Power, and Solar Roof Dynamics. Jack Crawford, Impact VC General partner, kicked off the event welcoming startups and investors to the capital of the 5th largest economy in the world. Excitement continued with speakers from Mayor Steinberg, to Betty Yee, and to panels of active investors.  This was a big step-up from the First Summit last year, which was very good itself.

At rows and rows of exhibit tables, 75 tech companies of all types were showcased on the floor of the Golden 1 center, surrounded by investor and panel discussions that were recorded and shared around the world.  It was an amazing event. CleanStart had its own table and encouraged investors and supporters to take a close look at all the green companies not only at the show but also on our map of the 100 core cleantech companies in the region.

Checking with our exhibitors at the end of the day, they all said they made many important connections to potential investors, to advisors, and to potential customers.

There is huge value in getting this kind of attention.  This Summit and the Five Star Bank invitation-only pitchfest in March have really put Sacramento on the radar screen for investors.  There will be another Summit next year, and Five Star is hoping to do two of its events each year. The next is planned for the fall.  These are golden opportunities for startups to get in front of the right people, and CleanStart is here to help get you in the pipeline.  Both events are selective, so preparation is essential. There are other events outside the region that can be very good as well, but are even more competitive while offering significant cash prizes.  The Clean Tech Open is one of those, and we also can help get you in there.

And don’t forget the Big Bang competition at UC Davis each year.  We sponsor a special prize for the best clean tech business plan in the Big Bang, available along with the other standard prizes for the top three overall.  The rules now are much less restrictive on who can participate, so don’t overlook this opportunity.

If you need to raise money, these are some efficient ways to get your story out to the right crowd.  Contact us if you want to know more.