In the same year CleanStart was founded, Bing Gu founded his startup, California Sunlight.  Bing and his team were always coming up with solar-based products that others had overlooked and built a business around that.  The early years were lean, but now Bing has some very interesting products that are attracting attention and sales are growing.  His journey is one of persistence and struggle, but one which may now pay off.

Bing was born in China and received his Ph. D. in plasma physics there before relocating to Canada for a post-doc in 1999.  He moved to Sacramento in 2001 to advance his career. Bing partnered with a NGO to build
very simple solar products for use in underdeveloped countries. On that path he developed a number of solar ovens and cookers that were simple and cheap.  They were adaptable for campers, particularly backpackers seeking a way to cook food without a fire and without carrying containers of fuel.  He produced a very clever inflatable solar balloon that focused the sun’s energy with the help of reflective inner surface on the balloon, and focused by its parabolic surface.   Still the products did not catch on.

Rethinking the idea of making simple and inexpensive solar products, but this time focused on first world countries, Bing realized the range anxiety of owners of EVs and the desire for portable power when camping or recreating could be other good markets.  He and his collaborators came up with a new range of products using photovoltaic panels and lithium-ion batteries.  You can see them and read the details on his website (https://california-sunlight.com/).  Basically, he has a range of capacities of battery packs with convenient input (AC and DC) and output ports (12 VDC, 120 VAC, 3 watt USB), and a variety of portable, foldable solar panels to charge the batteries or to be used directly.  His most popular battery pack is the 2000 W/1800 Wh one for $1800, with an integrated handle and wheels so it can be rolled around like a piece of luggage.  His foldable 36 v PV panels come in sizes from 100 watts ($200) to 1000 watts ($2,000) that can be plugged together.  He says the 2000-watt storage unit can run an efficient refrigerator for 24 hours.

He has gained a great deal of interest in his products both from the recent spate of power shutoffs and from a road trip he took up from San Diego showing off his product at various stopovers at EV events along the way.

His notion of using the 2000-watt unit as a “peace of mind” reserve for an EV is to keep it in the trunk and then use the Level 1 charger most EV come with to plug into the AC outlet on the battery pack to provide an emergency 8-10 mile charge to limp home or to a charging station.  He wanted to avoid trying to do something more elegant that would require altering the wiring on the vehicle and potentially jeopardizing the vehicle warranty.  Keep it simple.

Since the pivot to the PV products, sales have taken off for California Sunlight.  He is now selling hundreds of units per year with revenues in excess of $250,000 per year and growing, a level which he says is profitable.  He has outsourced the creation and management of his website, as well as fulfillment of online orders.  His units are manufactured in Shenzhen, China for now, but he wants to bring that activity home.

He has no illusions that his products could be duplicated, but believes the features he has included, the simplicity of use, his aggressive prices (including a 10% discount for anyone in the Sacramento region), and his focus on a relatively overlooked niche product can propel his sales growth.  We will be monitoring his progress. 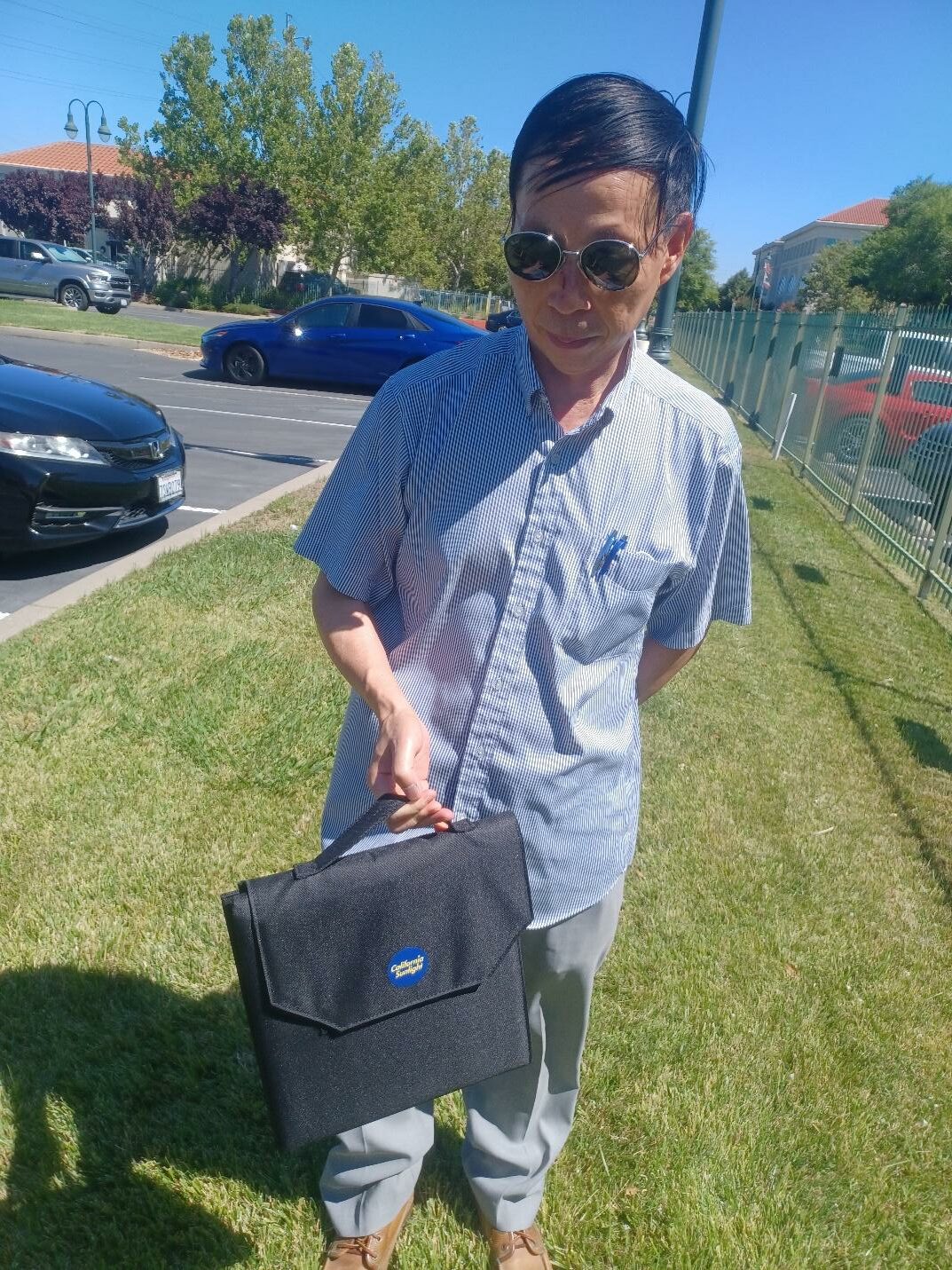 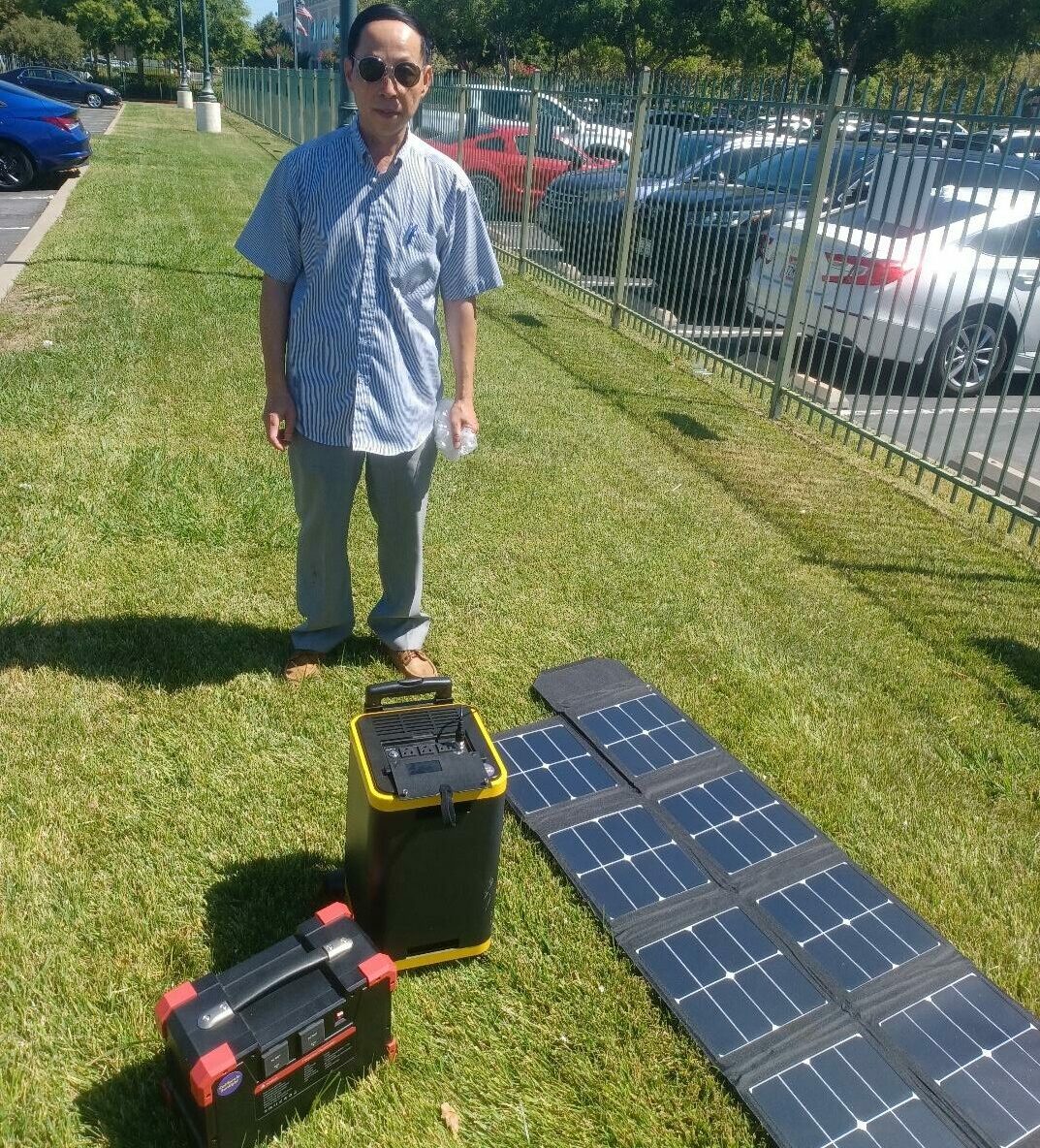