After a five year pause, the Clean Tech Showcase came back with a bang on October 9.  We had a great turnout with over 150 showing up and 18 up-and-coming companies from the area had exhibits and made pitches.  We had companies not only from our usual ten-county region, but from Merced and all the way down to Fresno. There are still many more companies and we will be having those exhibit next year as we are already making plans.

There have already been some great successes in attracting investment to cleantech this year, with over $50 million of new investment coming in.  We talked about that and the renewed momentum behind company formation which is making the future bright.

After a welcome we had presentations from the Chair of the CEC, David Hochschild, Congressman Ami Bera, Meghan Stiles of Rep. Doris Matsui’s office, Tim Taylor of the Clean Cities Coalition, and Erik Stokes of the CEC.  Then we went into fast Pitches from each of the 18 companies. There were some really good innovations. NeoCharge showed a very simple plug-in adapter for Level 2 charging of EVs that did not require any special wiring and in fact could be easily moved by renters to a new home.  Hank put on a very compelling case for its AI virtual engineering for optimizing building energy equipment. BoxPower showed that it was getting a lot more customer traction with $2.6 million in sales so far. Glide Cruisers showed off their new suite of stand-up scooters and a wide range of new customers, including big warehouses where supervisors were walking 6-8 miles per day. They also have a fleet in operation in Napa Valley used for winery tours.  (Gotta go try that!) RAF Electronics had a very clever, high-efficiency luminaire with dramatic reductions in energy use. JumpWatts showed a very simple rental e-scooter. Scarlet Solar indicated it is now overwhelmed with potential orders for its sun-tracking PV carport. It was just one great presentation after another.

There about another 100 companies throughout the Central Valley we would like to hear from at future events.

The highlight of the show was having all the attendees act like venture capitalists.  Everyone was given a “fund” to invest in the form of coins ($1 million each!) they could drop in the jars at the exhibits of the companies they liked best.  In all over $500 million in coins was invested. The four with the most money collected at the end of the day were RePurpose Energy, NeoCharge, BoxPower, with Sierra Energy the Grand Prize winner.  All of these got over 45 coins each, with Sierra Energy getting 67!

We are very grateful to Blue Tech Valley and the CEC for backing this showcase and to all our sponsors.  The full program for the showcase can be found here

Check out pictures from the event!
Checkout the full Event Program!

The Central Valley Clean Tech Showcase 2019 was organized by: 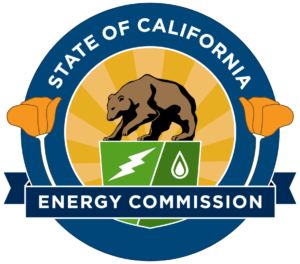