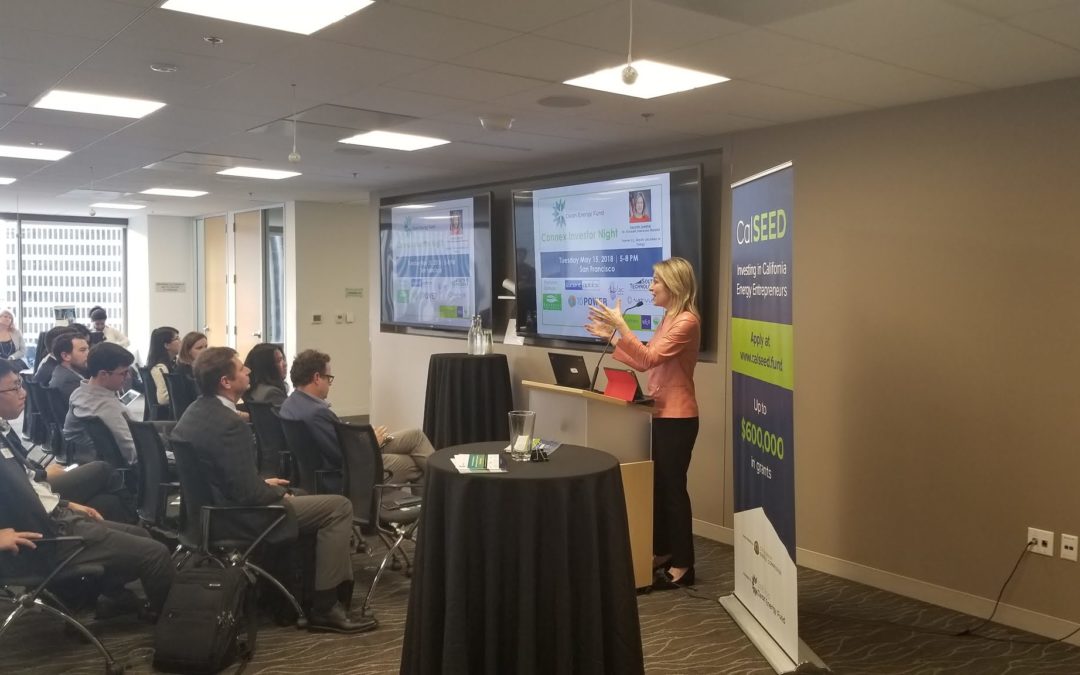 On October 16, 23 teams were selected from around the state to compete for four $450,000 Phase 2 grants from CalSEED (the California Sustainable Energy Entrepreneur Development initiative), funded by the Energy Commission.  All 23 had received a $150,000 Phase 1 grant, and Enerdapt (Zach Denning) and Lucent Optics (Sergey Vasylyev) were among them. It’s a real pat on the back even to have gotten this far, and we hope they will advance to the next round.  All 23 presented to teams of judges who ranked them and selected winners in four categories. Gary Simon of CleanStart was one of the judges in the Energy Storage & Grid Edge category. Enerdapt and Lucent were in other categories. Winners are to be announced before the end of the month.

This is a great path to raise the funds to advance a cleantech concept beyond the idea stage, getting closer to the point where venture capital would be interested.  Since they are grants, not investments, they do not dilute owners equity. There will be a new set of Phase 1 companies selected in 2019 with applications due around March, so consider applying if you are in this early stage.  CalSEED draws on a $24 million funding commitment over five years with a goal to advance 100 teams. In addition, CalSEED opens a door to the  California Clean Energy Fund that has invested in over 40 companies and leveraged $1.5 billion in investment, and to a robust network of venture investors interested in clean energy.

CalSEED also has good connections to the CleanTech Open, where substantial prize money is available to winners in multiple categories.  That process is just wrapping up for this year and winners will be announced soon as well. Local company CarbonBLU is in contention there.  New applications will be due in the Spring.