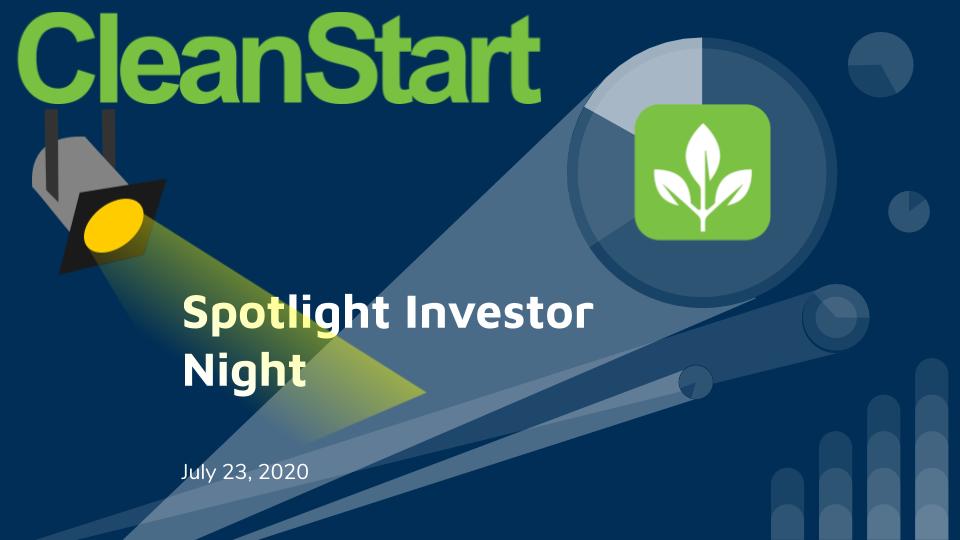 On July 23, we had 74 participants in the virtual version of our quarterly pitchfest and they gave our four presenters a great reception.  These companies were ones we have been following for some time and have heard from them several times in the past.  They are among those that are or soon will be investment-ready.

The overall summary is that these companies have made remarkable progress in the past year.  Three have been funded with CEC grants which have powered their progress, and one is largely self-funded.  All have gotten significant market traction.  Three were based on energy storage technologies, consistent with current investor interest in the topic.

RePurpose Energy probably made the most gains. RePurpose is based on re-using discarded EV batteries for commercial-scale installations.   In the past year, Ryan Barr and the team have pulled-in over $3 million in funding, have a five-fold larger (1.5 MWh) storage demo moving along, and have targeted grocery stores and municipalities as their primary beachhead markets. Very noticeable was the upgrade in their pitch.  They had a simplified and very compelling one, a good example for others.

Simpl Global targets mostly residential markets with a plug-and-play product that “makes adding storage to PV simple”.  They are based on new lithium-ion batteries (in this case, lithium-iron-phosphate or LFP batteries that are much safer than others).  Their cost-saving approach is to eliminate a lot of the complications of adding storage through clever designs and novel power electronics.  They provide small boxes in 0.5, 1.0 and 1.5 kWh sizes that are installed in the empty space behind PV panels.  They integrate with all commercial inverters, and especially with microinverters from Enphase that have also become very popular.  CEO Farid Dibachi said they were still on course to ship their first products in August, once UL certification has been received.  Based on experience with a prior product, they expect to ship thousands of units per month.  They will have an assembly line locally doing finish assembly of components manufactured elsewhere.  They also are open to licensing their patented technology to others that would take over manufacturing entirely.   They also have added a simple electricity cost monitoring system that gives users readouts in dollars and cents rather than kilowatt-hours to make attention to savings easier in the current situation where electricity costs vary by hour.

Terzo Power manufactures a hybrid electric hydraulic drive system called HydraPulse that has gotten substantial industry interest.  Mike Terzo and his El Dorado Hills-based team have been systematically hitting all their milestones in proving their products.  After receiving $4 million in grants from the CEC and $5 million in private investment, Terzo is now poised for breakout growth.  Making hydraulic systems more energy efficient has been largely overlooked by others, so Terzo stands out.  And its results are pretty remarkable.  In a test they did on a 200-ton hydraulic press, they were able to achieve a whopping 80-96% reduction in power use, along with an 87% weight (1,829 pounds) reduction, an 86% size reduction, a 93% component count reduction, and a 41% reduction in equipment cost.  No wonder hydraulic equipment manufacturers are interested.

Stasis Group has a “thermal battery” which stores “cold” in a phase-change material (PCM) that can reduce the use of rooftop air conditioning units on commercial buildings during peak periods, avoiding steep demand charges on the power bill.  The “cold storing battery” is a shell-and-tube heat exchanger where the tube is filled with the PDM.  It is installed in a building’s HVAC ductwork downstream from the air conditioner.  In off-peak periods, the AC runs to freeze the PCM and then the PCM releases the “cold” when the air conditioner powers down during peak periods.  Providing power at a peak use time is the most expensive thing a utility does.  And that cost is passed directly to the user more so now than ever.  The cost penalty comes through both a peak demand charge (set as the highest power draw a user makes) as well as in the kWh charge after the recent switch to time-of-use rates.  In pilot tests, Rob Morton and Nick Brown reported that peak power use in the 4-6 pm period was reduced 60%, which translates into big cost savings.  Air conditioner run-time during the 4-6 pm time was reduced 70%.  Both make a substantial reduction in the power bill.  The “battery” can be retrofit in existing buildings as well in new construction, resulting in huge market potential.  Stasis has been funded by two rounds of grants from the CEC CalSEED program, and Stasis is in the running for a third-round through the CalTestBed voucher program.  That voucher program allows a company to get its system independently tested and the performance verified by labs in California.  Stasis is also seeking additional pilot installation projects that they will install at no cost to the user to prove out the product further.

These presentations were all from companies that have been in the trenches for more than 5 years.  The demonstrate what can be done with a clear vision and persistence.  But there is also a lesson that overnight success is rare.  The best message is how crucial the startup funding through the CEC has become to getting solid teams over the difficult period of proof-of-concept and market confirmation before investors show serious interest in a company.