One of the hottest areas for clean energy startups is battery storage to smooth out fluctuations in renewable energy availability to match the time when power is needed.  Founded in 2011, JLM Energy in Rocklin has been designing and building battery packs locally for three years, now with sales nationwide.  JLM sells a number of behind-the-meter (BTM) products, but its best-seller is a clever compact box that is mounted underneath each solar panel and uses lithium iron phosphate batteries.  This modular product, called Phazr, sits in the circuit between the solar panel and the inverter, the opposite of what most others do.

The idea grew out of a brainstorm in 2014 that the nearly constant current out of the solar panel could charge a battery string without much of a charging control system, and that the batteries could then feed a nearly constant level of voltage and current to the inverter which kept it in its happy spot. The simplicity and efficiency of this design has meant the product can be lower cost and is a breeze for installers to hook up.  It also means the Phazr is compatible with many of the inverters on the market. One of the most popular of those is the Enphase microinverter that also clips onto the mounting rack of each solar panel. About 900,000 Enphase inverters are sold every quarter, creating a ready-made market. 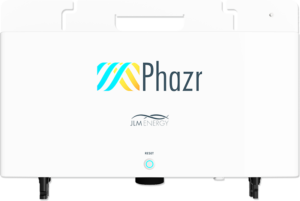 Approximately 2,000 Phazr systems have been deployed to date (April 2018). JLM currently sells its product through installers and distributors.  JLM sources circuit boards, batteries, and chassis externally, using two providers each for the batteries and chassis, and performs assembly in-house at its Rocklin location.  Its strategy is to get inverter and solar panel vendors to certify that the JLM products are compatible with these other devices, and so attractive as an add-on plug-and-play device  This makes distributors of these other products eager to sell JLM boxes.

JLM also has been selling a much larger capacity system they call Gridz, an energy management and optimization system (Measurz), a trailer-mounted integrated solar and storage system (Foldrz), and home backup storage (Energizer 100).  Total annual revenues are now approaching $15 million and the company employs about 60 people. They expect to be breakeven soon.

JLM was self-funded by the founders Farid Dibachi (CEO) and Kraig Clark (Chairman), and is actively looking for expansion capital. 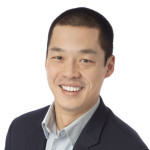 Ken-Ichi is a director with the Cleantech Group, where he works with clients throughout the cleantech innovation ecosystem across the energy, transportation, agriculture, and water sectors. Prior to joining Cleantech Group, Ken-Ichi held positions in strategy consulting and energy project development and financing. Ken-Ichi holds a BA in mathematics and economics from the University of Pennsylvania and an MBA from the University of Chicago Booth School of Business.