Legend Power Systems: Getting the Most from the kWhs You Buy 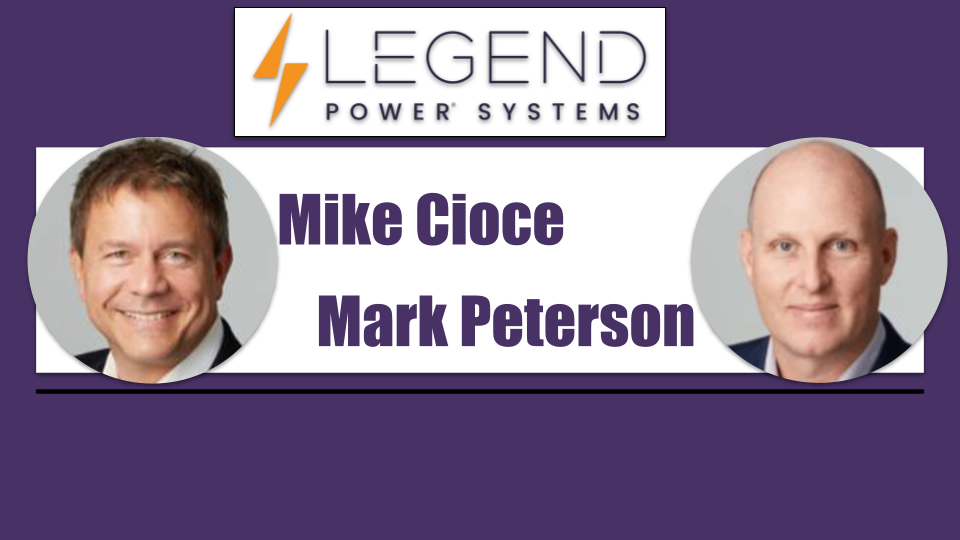 Recently we were introduced to an important new clean tech company by Bob Soczak, a long-time local resident who was formerly with SmartGrid Billing.  Bob’s new company, Legend Power Systems is based in Vancouver, BC, and is working on solving a problem of introducing more renewables onto the power grid.  Legend sees California as a prime market for its products and has put Bob in charge of its sales effort here.

The problem is this:  Not all kilowatt-hours are alike.  Some are better quality than others.  The poor-quality ones cost you more because they put a strain on power-using appliances that reduces their lifetime and they contain less usable energy.   Power quality is of increasing concern to larger end-use customers as more variable renewable resources are added to the grid.  Legend Power Systems saw this problem coming 15 years ago and has been working on a product they call the SmartGate™ to give customers a way to optimize the quality of the power they take from the grid.  That saves them money, reduces maintenance on motors and compressors among other devices, and can give them more performance out of any on-site storage or generation assets.  Legend has now deployed over 300 of these systems in North America and are gaining sales momentum.  They are targeting sales in California where the quality problems may be more noticeable with the aggressive shift to renewables.

Why does this problem exist?  AC power systems operate at a nominal voltage and frequency, such as 220 volts and 60 cycles per second.  However, in reality the power on the grid strays from that ideal.  Utilities have standards they must maintain, but they are allowed some variation around these targets.  Frequencies are allowed to stray a little bit, but the more noticeable effects are the variation in voltage and an imbalance between the phases on three-phase circuits.  Many are familiar with utilities going into a “brown-out” at times of an extreme peak.  That’s the result of a voltage reduction and it is a way of stretching available resources to meet demand and avoid a “black-out”.  However, there are many more less serious deviations on the grid that mostly go unnoticed, but they still have an impact on customers—which Legend estimates is $80 billion per year.  With the addition of more resources with unpredictable intermittent output, like solar and wind, it is tougher for grid operators to keep power quality perfect.  Variations can go both above and below the ideal.  Injections and withdrawals using big battery systems help, but they are expensive and utilities can’t afford to do more than keep the power within the allowed range of variation.  The result is that the power from the grid will remain “imperfect” and that will cost customers money.  Projections have been made that grid power will stray from ideal conditions more frequently in the future while staying within the required bounds.  That will increase the problems customers will face.

That is what led Legend to come up with a solution and one that is economical enough to make sense for customers to install.  Their device “reprocesses” the incoming power from the grid to bring it back to near perfect condition.  Many devices can do this but some are expensive and waste energy.  Legend’s device is 99.5% efficient and cleverly uses less-complicated components.  These are not devices appropriate for individual homes, but for large apartment, commercial, institutional, and industrial buildings.  On average, the systems cost over $100,000.  Case studies of actual installations show paybacks of less than 3 years with load reductions and energy use reductions of 5% each.

The company is pushing hard to get its message out, so you probably will hear more about them.