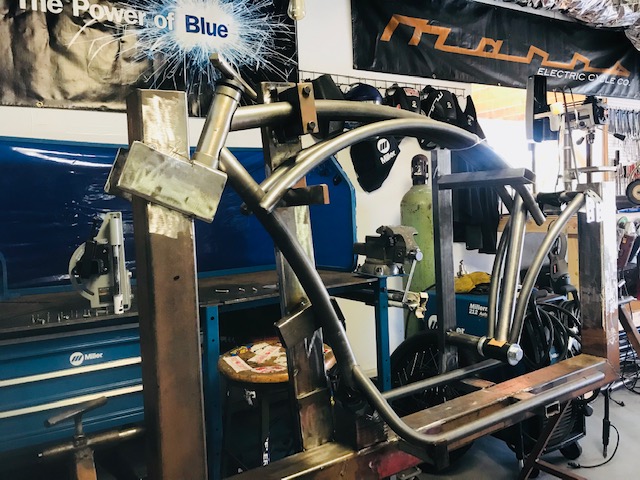 At our meetup on June 30, 51 people joined a discussion of some of the coolest electric bikes around.  Chris Wiggins, presented the latest models in the ten-year evolution of his Glide Cruisers.  His approach is to create a premium stand-up fat-tire scooter.He distinguishes this from the numerous inexpensive sit-down scooters available, vehicles he thinks provide poor performance.  Riding his Glide Cruisers is very simple and intuitive.  Most people master it within 30 feet on their first ride.  I have tried it and can tell you it’s really fun.  He has upgraded various components and now has a detachable battery pack that makes recharging easy.  His range is about 25 miles.  These are not commuter vehicles.  They are neighborhood and shopping vehicles. 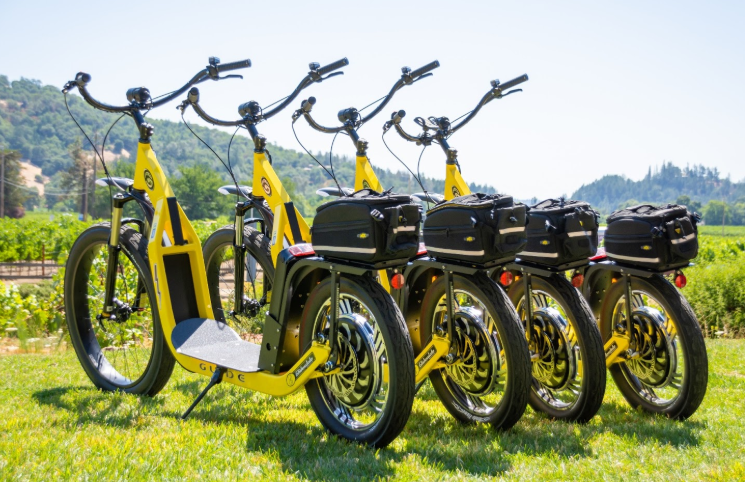 One new offering from Chris is Glidesdale Tours.  He supplies a package of cruisers to those who want to start a tour business.  One is operating now in Calistoga visiting 4 wineries.  More are on the way. He also has beefed-up versions for police departments.  They have been very popular, but hard to sell in the current climate on where police department budgets are allocated. His price tags range from $2850 to $3995 for his most popular 1000 watt and 2000 watt (48 V) models, down considerably from before.  He does have a “ludicrous” 3000 watt (96 V) version at $5850 that can reach speeds of 40 mph.  Even Chris is scared by that one, but it does have a following. 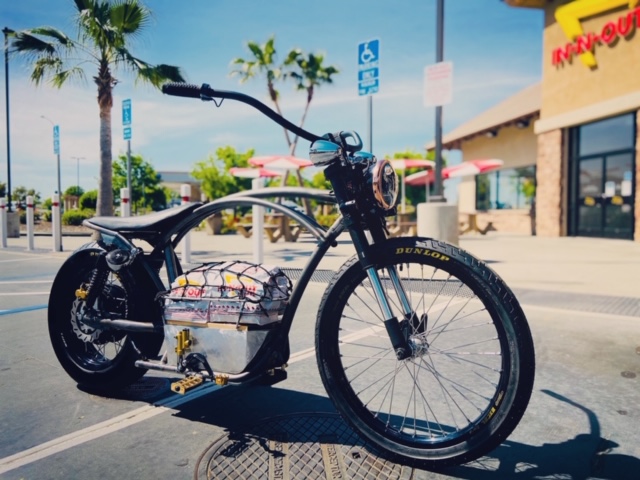 Kacy Marrs of Marrs Cycles presented his gorgeous sit-down e-motor cycles.  These are intended for highway use.  They look a lot like racing bikes, revealing Kacy’s background and first love.  He has hand-built some one-offs for celebrities and is not really ready for production.  He is still tinkering with the design.  He uses hub motors with the battery box and electronics between the rider’s feet.  This provides a very low center of gravity.  The whole machine weighs 210 pounds, so it is like a serious motorcycle.  Not a toy.

One clever idea is to put a cargo basket on top of the battery box, and between the rider’s legs.  My experience is that putting a grocery bag on the back or front of a regular non-electric bike creates a lot of instability.  Too high up.  Too much of a tendency to tip over at low speeds.  I like Kacy’s idea even though at first it seems odd.

Kacy sees his standard bike as costing in the $5-6,000 range in production, with a 60-mile or so range.  That leads to the question of where to park it at a destination to recharge it.  Don’t need much more than a 110 V outlet.  Any clever innovators out there that want to tackle this?

Kacy is clearly targeting a specialized market.  His product is like the original Tesla Roadster—pricey but attractive to those wanting a beautiful performance machine.

Our presenter from Rumble Motors was a no-show, but we did talk about what they told us in preparation for the night.  Rumble started with a pretty aggressive e-motorcycle (the one in WestWorld), but it is betting its future on a more modest product, the Rumble Air.  It would be priced at $3,450 as a commuter and delivery bike with a 60-mile range.  It is a lightweight open frame, using a hub motor (rather than a motor between the rider’s feet) and a battery pack in the frame.  They are in the process of moving manufacturing into a Sacramento site that will serve the Western Hemisphere while maintaining their current site in Sweden to serve the European market.  Their immediate goal is to reach a combined production of 2600 bikes per year.   To date they have built and delivered 200 of the earlier models.  They have some good videos on their website that are worth a look