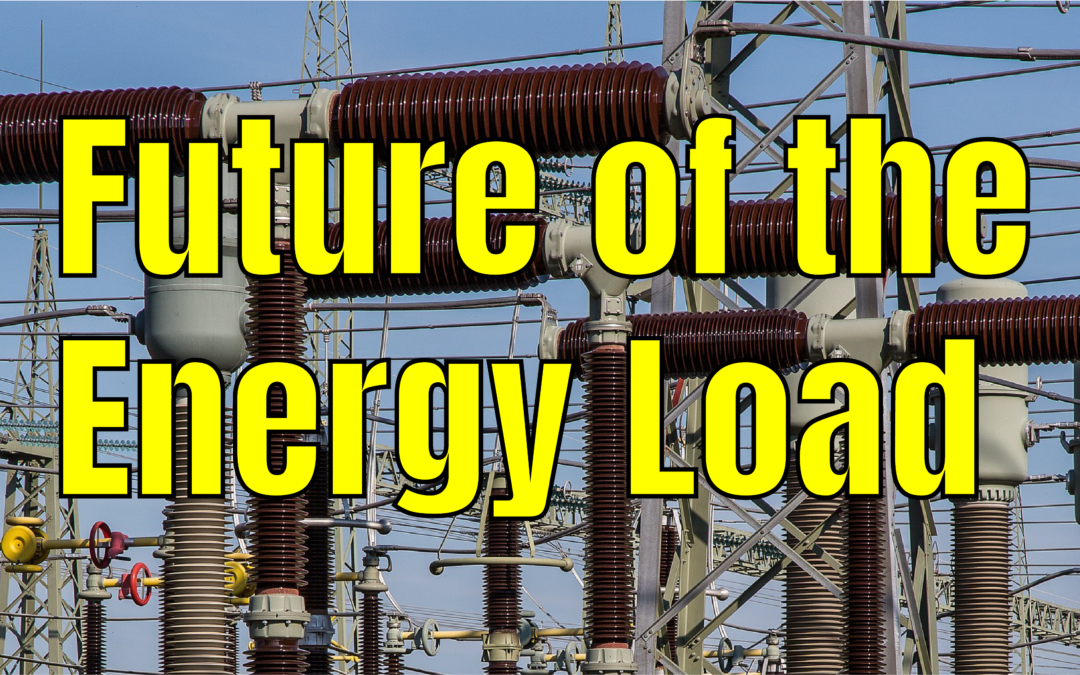 On May 12 we returned to the hot topic of grid edge technologies to match supply and demand while avoiding as much new investment as possible.   These technologies involve a combination of hardware for sensing and control and sophisticated software that can use that control to manage to a better use of distribution grid assets. Some gems came out of the discussion we had not heard about before.

Denver Hinds, Manager of Smart Energy innovation at SMUD, talked about upcoming innovations in rate offerings that will enable the interactive management of load and supply.  This will be different than current rule-based systems which are simple, but crude—such as time of use rates that are always highest in a period like 4-9 pm, even though that may not be the actual problem interval depending on conditions at the time.  The ideal situation would be to have a real-time buy/sell market at the distribution level, with capacity, energy, and ancillary services involved.  That could possibly harvest more benefits for the grid.  However, that is complicated and probably not feasible any time soon.  Accordingly, the next step for SMUD will be to use “Critical Peak Pricing” which will boost prices by 50 cents per kWh only at times of critical stress.  It is hoped this will provide more incentive both for customers to allow the utility to shave demand on the grid and for customers with solar and storage assets to curtail their use in order to sell more power into the grid and get the 50-cent premium price.  That opens some new frontiers for innovators to provide customer-side technologies to make the best use of these upcoming incentives. Participation will be voluntary, with a 10% reduction in pricing in 2800 non-peak hours as a further incentive.  SMUD’s goal in taking small steps at a time is to find out if they can achieve dependable and repeatable load shifts with offers customers can understand. 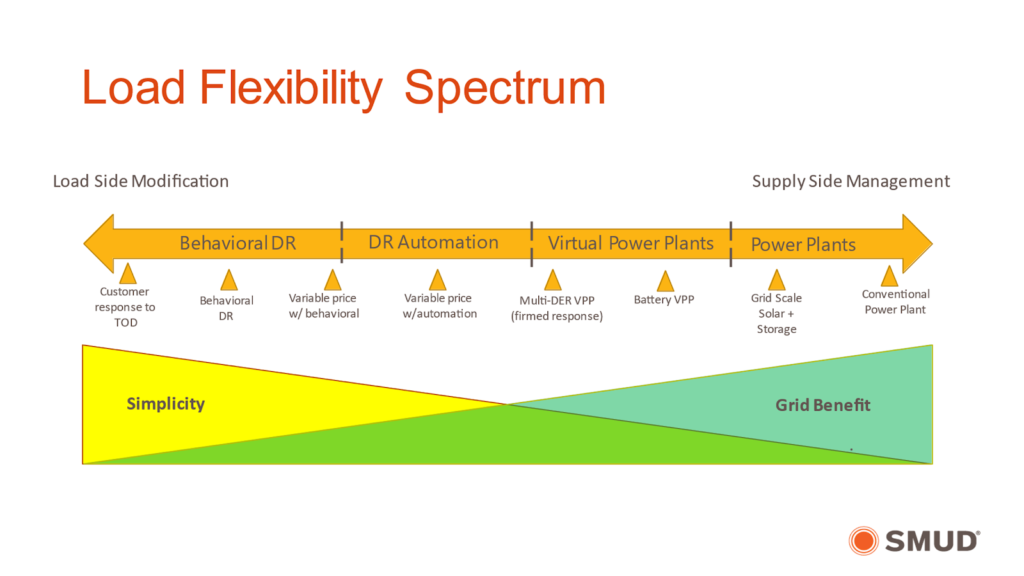 Scott Silvia, Regional Sales Manager for SPAN, talked about a very new approach for controlling home loads–replacing the entire breaker panel on the home with a new one which can control every circuit in the house, including a Level 2 charger and a home battery unit.  Adding the ability to manage every circuit in the home means that whatever power a homeowner may have during an outage can be stretched and put to the best use.  Rarely can a rooftop solar + storage installation carry the entire load of a house in case of grid failure.  The conventional approach has been to separate out some “critical circuits” and put them in a sub-panel that can be isolated from the main panel.  But if you have a critical need at the time of a particular outage that’s not on one of the circuits in the sub-panel, too bad. With the smart SPAN panel, you can reprioritize circuits with your smartphone and get power where you want it.

But SPAN has an even cleverer pitch.  Adding a Level 2 EV charger to a home may by the usual utility rules require an upgrade to the typical 200-amp service to a home.  This is to cover the possibility that the charger running full-tilt coincidentally at a time when several other circuits in the home are maxxed out (think hair dryer plus stove plus AC plus pool pump plus clothes dryer) would add up to more than 200 amps.  While those times may be rare, conventional wisdom says upgrade the service at a cost of $2,000 to $20,000 to avoid the problem.  A SPAN Panel with a variable-output SPAN Charger in contrast would manage loads right at the home to keep the demand below 200-amps.

Finally, Scott said a SPAN Panel would avoid the need to put controls on multiple individual appliances in the home to which a utility could send a signal to turn off in order to manage load.  Instead, the signal could go directly to the SPAN panel to cut load by a certain amount and the Panel could prioritize loads in a way consistent with a homeowner’s pre-set wishes to achieve the load reduction.

The SPAN panel is not cheap at $3,500 but because it could avoid the need for a number of other investments to achieve load control, it could be the best option available.

Ezra Beeman, Managing Director of Energeia, told us about his consulting work on a little-appreciated problem that is hobbling the ability of homeowners to get maximum benefits out of their rooftop solar panels.   He has found that the panels actually put power out through the inverter at voltages too high or too contaminated to be completely useful.  The result is that some of the electricity is needlessly wasted since it causes the inverters to shut off.  His solution would be to have a “smarter” inverter coupled to a “smart” water heater or its equivalent to avoid the overvoltage as much as possible and provide a way to put any excess to good use for a short period.