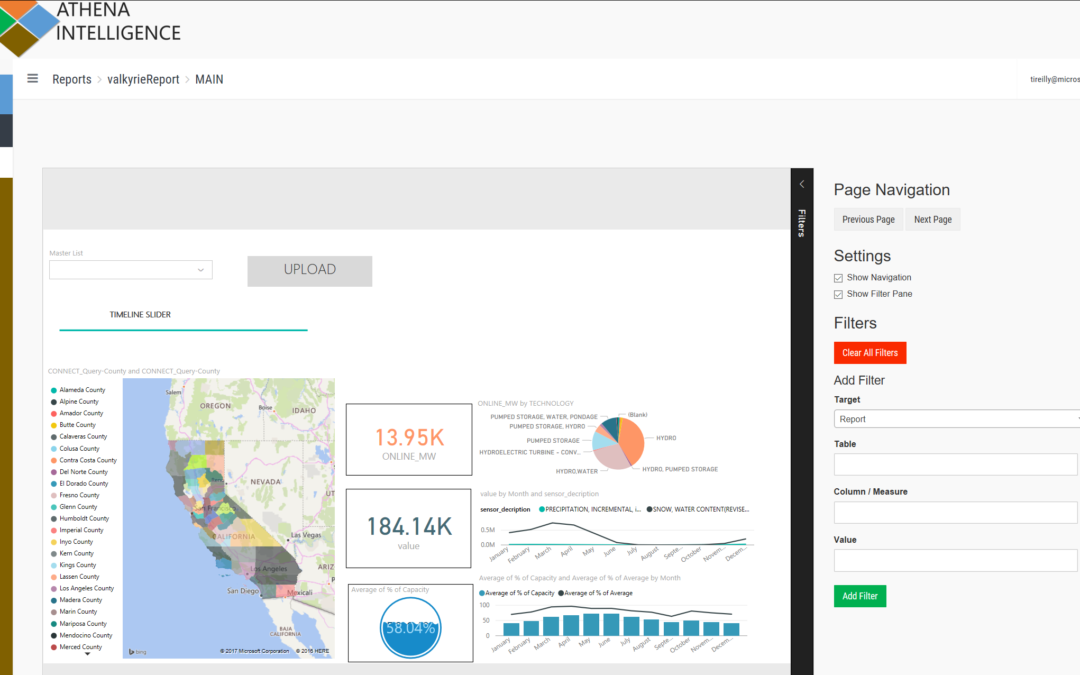 Athena Intelligence  is a Sacramento startup creating AI software to identify the actual cost of resource usage on agricultural land. The idea formed nearly a decade ago when founder David Sypnieski started selling to farmers and realized data driven decisions didn’t seem to exist. For the past decade, David has worked to find out why Agriculture didn’t adapt to new technologies to take advantage of data.  He saw that no one had a complete data picture. So he worked to combine the plethora of data sources to reveal the resources land was actually using; finding real cost and externalities might not be the same between adjacent farms.

“Land, food, water, and energy is Earth’s essential data and the foundation to the global economy.  Yet it goes mostly unused in economic considerations.  Athena believes by democratizing this data, a smarter and more intelligent alignment between people, planet AND profits can be achieved.”

The goal of Athena Intelligence is to enable farmers, food companies and consumers have a data driven collaboration. The cost of overuse of water is not readily recognized by the farmer or consumer till it is too late. Currently, there is no system available that makes it easy for a grower to aggregate all their data to use for analytics, or report to an increasing number sustainability and compliance reports. Food companies struggle with being able to blend their own processing data with their supplier data and integrate it with public resource data to inform on the risk to their supply chains either from shifting climate and evolving resource scarcity.  All the data is scattered across multiple agencies and “silos” in different formats, that is what David has been working on for the past 7 years. Creating Athena Intelligence to automate the gathering, organizing, and presenting of data. Bringing the data together is the first time anyone has put together this data on water, soil, and the local environment.  As the amount of data grows Athena Intelligence has been able to model not only the future but past resource usage and conditions.

Athena Intelligence has enabled Campbell Soup to streamline core data sets from growers internally while creating a data driven collaboration with growers to plan for future risk and opportunities. Growers will be able to see how decisions affect their long term profitability and value of their business. Athena Intelligence has partnered with Microsoft and UC Davis to automate the Athena platform and are working to scale up Athena Intelligence to prepare for more contract by the end of the year.