At Thursday nights Big Bang Finals at UCD, RePurpose Energy hauled in $12,500 in cash and a $3,000 credit for space in a local incubator.  This comes on the heels of their double win in UC Berkeley’s Big Ideas contest.   Plus, they announced they are in final negotiations for two more demo installations of their energy storage systems based on giving used EV batteries a second life.  Big congratulations to the team!

This was the biggest year ever for the Big Bang.  At the start there were 105 teams entered, a new record.  Several of those teams were from outside the state and two were international, also a record.  The use of virtual platforms is making this possible. Still, teams needed to travel here for the final judging and for the award ceremony, which unfortunately eliminated the team from Iran.  This competition is clearly getting global attention.

Of the 105 teams, there were 13 semifinalists with five advancing to the finals to compete for the People’s Choice and First Prize.  Total prize money added up to $86,000 this year, with the top prize increased to $20,000. There were a number of category prizes as well as the first place prize and the People’s Choice award ($7,500).  RePurpose won the $2,500 CleanStart Prize and the $10,000 Energy Prize sponsored by SMUD.

The First Place winner was Respira Labs with a device that provided simple and quick monitoring of COPD patients.  The winner of the most money was BioMilitus with a sustainable animal feed derived from insect larvae. They collected $22,000 by winning in a number of categories.

The Big Bang has now become the premier business plan competition in the area, drawing mentors and judges from a wide area.  It is wide open to the public. The new cycle begins in the fall. It is not only the prize money but also the coaching, practice and connections the competition provides that make it so valuable.  Any early stage clean tech company here should seriously consider entering next time. 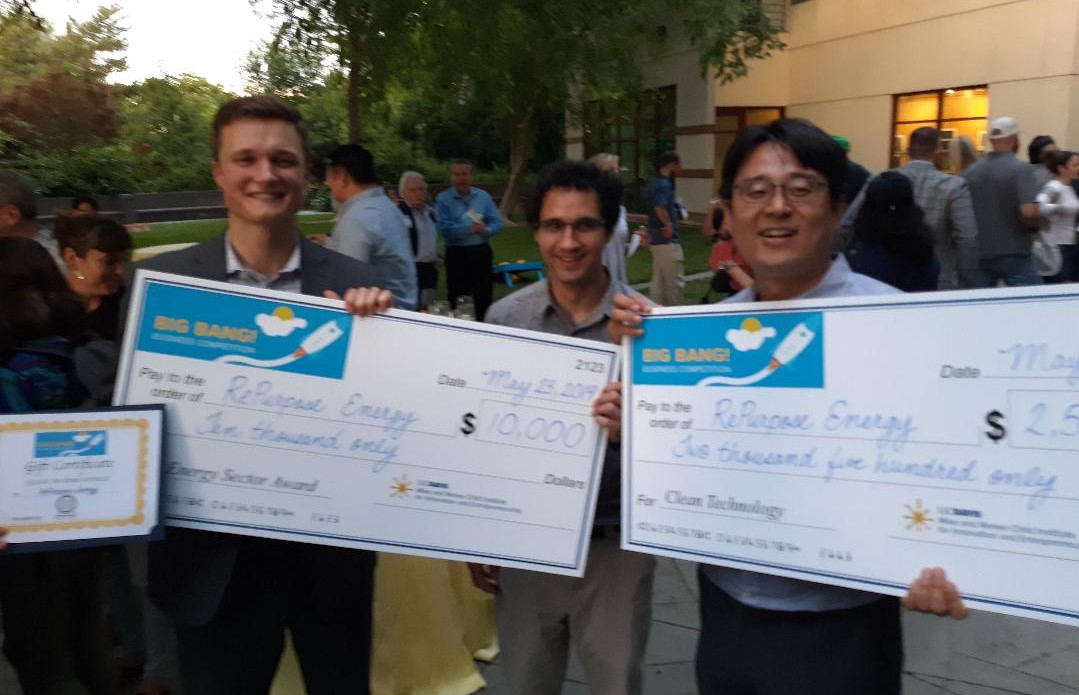