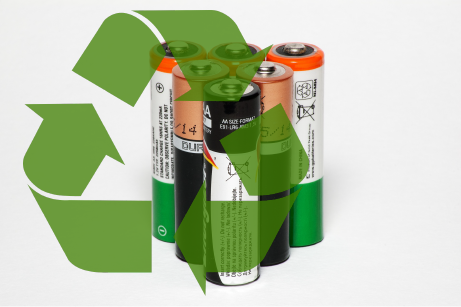 Recycling batteries in EVs and consumer electronics is a “must” if these technologies are going to be sustainable.  So far it has been neither easy nor inexpensive to do this, so batteries largely have just been accumulating.  The big wave of spent batteries which may have a 10+ year life from EVs has not yet arrived, but it is coming.

We have been watching several teams and companies that are working on the problem, and there is no shortage of them.  We sort of lost count after two dozen.  We have been waiting to see if any emerge from the pack and show momentum toward commercial viability.  Now two have made some big moves to raise enough money to get to scale and drive down costs:  Li-Cycle out of Canada raised $580 million through a SPAC and is now a public company (NYSE: LICY), and Redwood Materials based in Carson City and led by Tesla co-founder JB Straubel raised $700 million in private equity.  These events are a big deal because it is a signal these companies believe they can do the job profitably—if not immediately, then soon enough to convince some big investors.

Why is recycling so expensive?  Basically, the materials are difficult to deal with and the batteries themselves are not designed with recycling in mind so they are expensive to tear apart.  There is some hope the latter problem will be reduced with a redesign at some point.  The former problem will change over time as other materials replace lithium.  Right now, the processes recyclers use are basically: (1) breaking up the old batteries by chopping them and/or physically delaminating them, (2) converting the contents to a neutral form either by applying heat or dissolving them with acids (or both like Redwood Materials does), and finally separating the component elements by chemical means.  The end result is a variety of oxide and carbonate powders, metal ingots, and carbon, all much like the virgin materials that now are used.  Recovery rates of 80-95% have been claimed. The logistics of gathering the old batteries is an issue as well, since almost all of the batteries are designated hazardous materials.  However, it is likely a gathering system like what is used now for lead-acid batteries will emerge.

What does all this mean?  First, the case for reusing old batteries has been diminished if recycling becomes markedly cheaper.  Second, even with increased recycling, there will not be enough recovered material to cut the need for virgin material much.  The recovered material is coming from mostly from the fleet of EVs from a decade ago.  As the number of EVs sold per year increases dramatically this will not change much.  When EV sales are a relatively stable number per year, then recycling will become a much larger source of material for new production.  In the near term, the increasing draw on virgin sources is likely to drive up their cost, improving the profitability of recycling.  Third, there is still room for innovation, particularly to improve the details of the steps in the recovery process.  Companies will be eager to take advantage of any new ways to cut costs.  At the same time, it is probably not a good plan to create an all-new vertically-integrated recycling company.  The emergence of market leaders gives them a huge financial advantage, but also positions them as good strategic partners and customers.  Fourth, it will be no surprise if states or the federal government impose a disposal charge on used EV batteries to provide more revenue to recyclers to make their operations commercially viable.  The interest in solving the recycling problem urgently is strong and lawmakers are likely to be impatient.

If you want to track this sector yourself, the second tier of competitors comprises companies like Lithion Recycling, Battery Resources, the ReCell Center in DOE, and the dedicated recycling ventures of Ford (“Ion Park”) and GM.  Then there is another cluster of earlier-stage ventures and university lab teams (for example, the Faraday Institution in the UK).