Terzo Power Shakes Things Up at Its Demo 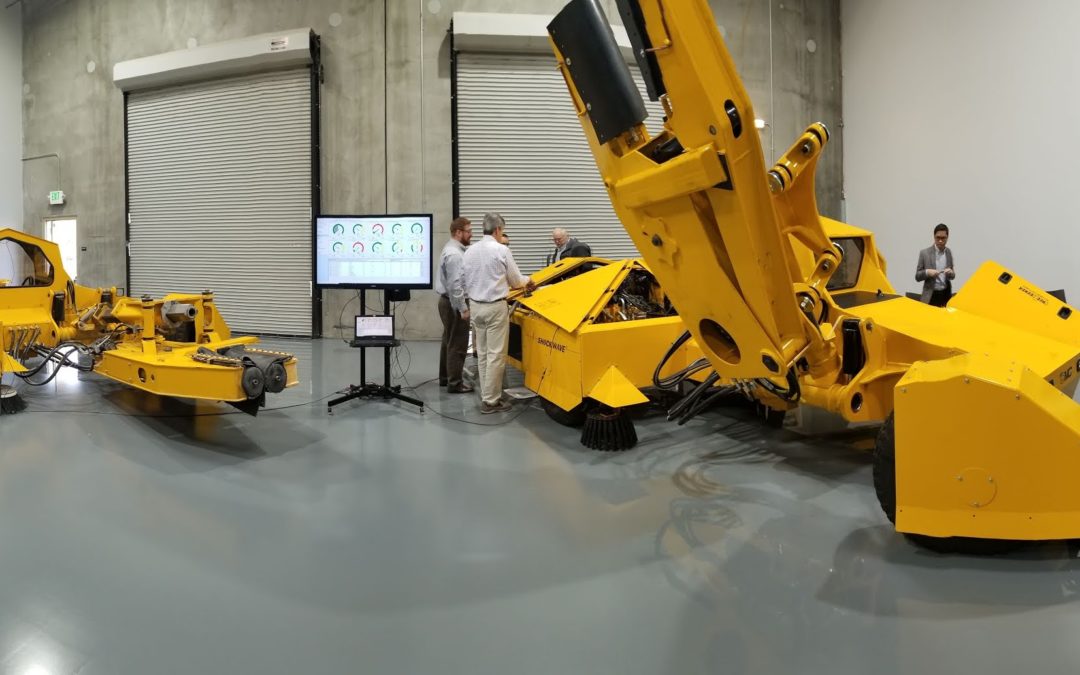 Terzo Power took another big step in commercializing their inventions recently and we were there to watch a demo of the new unit.  We watched and livestreamed the demo and the new hybrid worked.

Terzo took a standard tree shaker from Orchard Machinery Corporation used for harvesting nuts using direct drive from a large diesel engine and modified it with a smaller engine running on natural gas coupled to a battery bank.  The result was a unit that used much less fuel (about 50% less) and with dramatically lower emissions. This effort was part of an ARB grant. The next step is to take this unit to the field and compare its performance to a standard unit.

They held the demo at their El Dorado Hills location.  A tree shaker grabs a tree by its trunk and then uses a hydraulic plunger to knock the tree back and forth.  The big gain comes from not using the diesel engine to power the hydraulic pump, but rather to use it to charge a battery bank that powers the hydraulic pump.  The shaking operation is intermittent, giving plenty of time to recharge between trees. Electric power is also used in motors that move the unit from tree to tree, rather than direct drive from the engine. This also an intermittent use.  The engine in this configuration operates nearly continuously at its peak efficiency and rpm, not needing to match the intermittent peak power needs. OMC seems to be very interested in taking a version of this machine to the commercial market.

The purpose of this demo was to show how all the Terzo equipment works in combined manner in an actual unit, and to give an idea how the same approach could work with other off-road equipment that has a big hydraulic-drive component.  Terzo has plans to go even further on efficiency improvement and to qualify a diesel-powered version.

With the success of the shaker Mike Terzo (CEO) envisioned bringing manufacturing back the region by building a center to refurbish old diesels to use Terzo technology to reduce engine size and emissions, and to supply components to OEMs for new units. 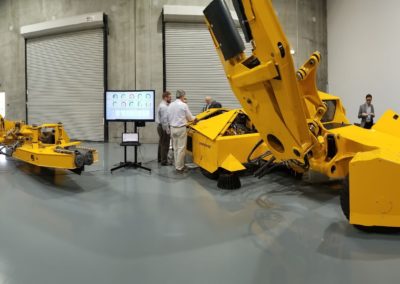 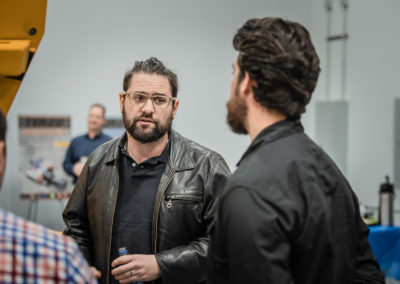 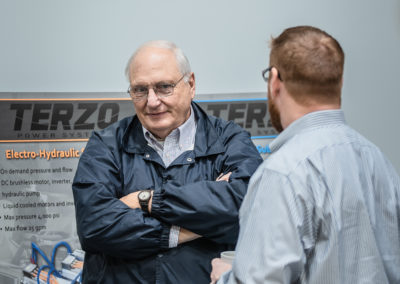