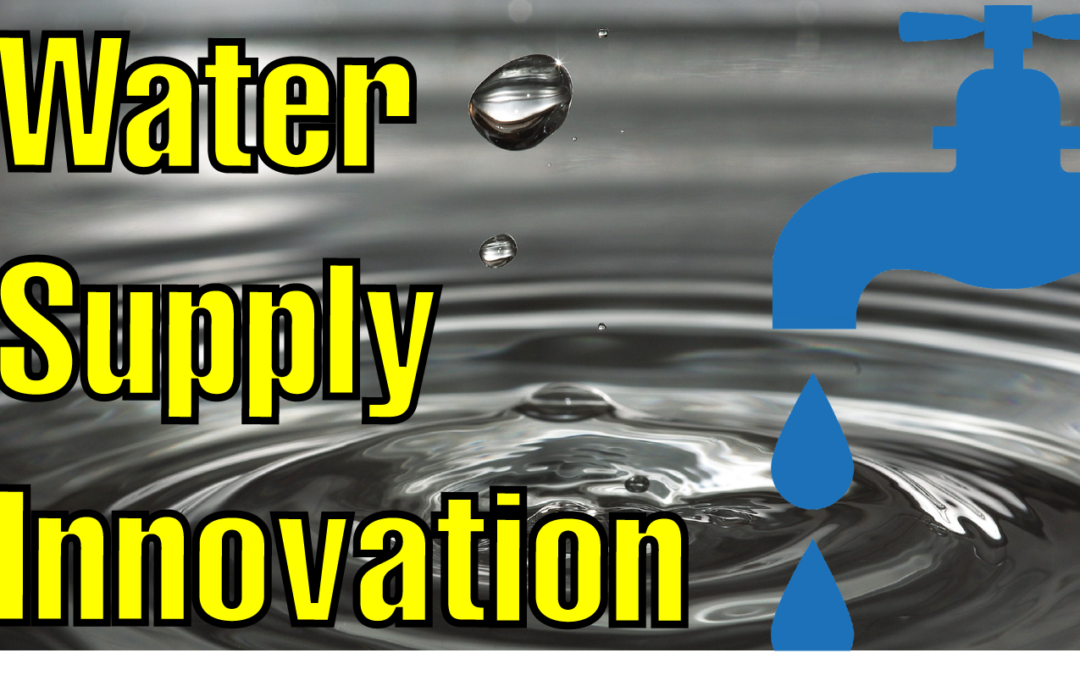 It is hard to tell whether sustainable energy or water shortages will be the biggest crisis in the future, but both are big. We have been watching for any new ideas to deal with water shortages. The standard approaches of desalination continue to be the dominant technologies—steam distillation and reverse osmosis. Both are exceptionally capital- and energy-intensive. They tie one to being close to a salty water source and create issues of disposing of hyper-salty water. And prices have been stuck at $2-3 per 1000 gallons.

Better water use efficiency is still a better option, but eventually, with all the climate change-induced droughts, creating more supplies in certain regions is going to take center stage.
One option that may approach a breakthrough is the extraction of water from the natural humidity in the air. To date, these have just been far too expensive to make sense. And there have been improvements to the 3,000 year-old schemes to collect fog droplets with various types of nets, in limited areas where fog is routine. Now some research teams have been looking at materials to absorb moisture from the air and release it with modest energy use. This too has been looked at for decades, but to date has been crazy expensive. This new research may have cracked the cost barrier. It is based on the use of Metal-Organic Frameworks (MOFs) and a team at Johns Hopkins University may have come up with the best one to date.

MOFs have the highest surface area-to-volume ratio of any known material which makes them ideal for trapping moisture. If you could unfold one gram of the material, it would cover a football field. The idea is to trap the moisture in this framework and then release it with a modest amount of heat (60°C for about an hour) with the exhaust cooled down to condense the water vapor. It was an interesting idea when researchers at UC Berkeley showed that one kilogram of a MOF could yield 100 milliliters of water per day. Now the Johns Hopkins team have upped the result to 8.66 liters (2.3 gallons) of water per day per kilogram of their new MOF. (Their published article is here.) That puts the idea in the range of something that is commercially feasible.

The researchers haven’t taken it that far, but it would not require anything operating at high pressures, and the MOF would be suspended in big metal boxes with air blowing over it, and pretty simple heating tubes and condensers. The whole process of separating water vapor from seawater is left to the sun to perform naturally. The MOF is made from materials that are not that exotic—zirconium, chromium, zinc, copper, and aluminum, for example. And not all that much is needed to create beds that are 2 mm thick. Clever idea that is likely to lead to someone taking it to market. 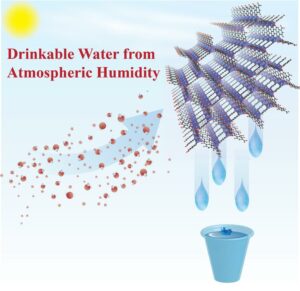