Is Crowdfunding Right for Your Tech Startup?

Raising capital for your startup is a full-time job. Finding investors willing to fuel your idea is hard work and for some ideas, impossible. It doesn’t mean your idea can’t be successful and thankfully there are some new ways to generate capital through crowdfunding!

In this workshop, we’ll explore both equity and rewards-based crowdfunding and help you determine if either of these is the right choice for your company.

With Special Guest, Manny Fernandez, cofounder and CEO of DreamFunded, How to Raise Money with Equity Crowdfunding 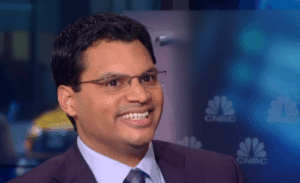 Manny Fernandez, cofounder and CEO, DreamFunded
Manny Fernandez is a Stanford University educated angel investor, serial entrepreneur, and bestselling author featured on CNBC’s Make Me A Millionaire Inventor’s premiere episode on Thursday, Oct 6th. He has been successful investing in his own ideas as well as taking companies from startup to exit. Fernandez was named by Inc. Magazine as one of 33 entrepreneurs to watch in 2016. In 2013, Fernandez founded SF Angels Group and has been an angel investor with TiE Angels since 2012. In 2014, he was named SF Angel Investor of the Year and received the Equity Crowdfunding Leadership Award. In 2016, Menlo College Named Fernandez Silicon Valley Equity CrowdFunding Pioneer. Fernandez recently became a #1 bestselling author with his new book, How to Make Money Investing in Pre-IPO Stocks, which is available on Amazon. He is also the #14 Angel Investor to Follow on Twitter and has the #1 most viewed equity crowdfunding video on YouTube. He has been featured on mainstream media including CNBC Squawk Box, NBC, CNN Latino, Forbes, Inc. Magazine, Fox News and more. Fernandez’s energetic and inspiring presence has lead to him being a frequent judge, speaker, and panelist for Silicon Valley corporations, startup demo days and universities. He has been a featured guest speaker for events at Stanford University, UC Berkeley, Harvard University, Angel Capital Association Summit (ACA), University of San Francisco (USF), Pepperdine University, Draper University, Plug and Play, Yahoo!, USAWeek in Europe, Qianhai Equity Exchange in China, Intel, California Hispanic Chamber of Commerce’s (CHCC) SharkTank, Startup Grind, AngelHack Global Demo, Shanghai Slush, Finland Slush, Startup Weekend, SXSW and many more. All of Fernandez’s experience in the investment landscape has culminated, under his leadership, in the first Silicon Valley/San Francisco based FINRA and SEC-registered funding portal DreamFunded.com.