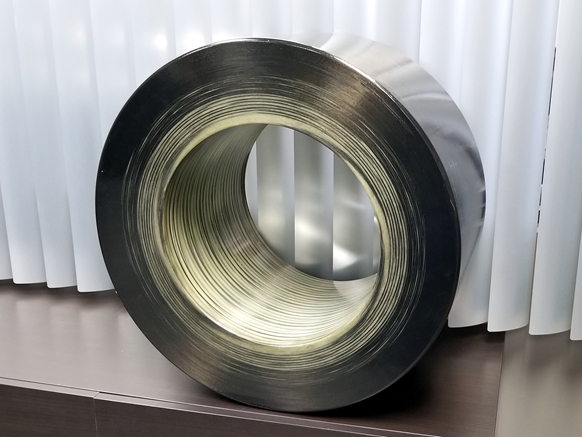 Storing electricity has always been a huge problem and one now that is commanding a great deal of attention as more and more of the power available on the grid from renewable sources is hard to control.  There are two ways to store energy. Chemical and kinetic. Most of the excitement today has been around chemical storage like lithium-ion batteries. But with a fourth-generation design, a small company that has been working on a very new design that could put flywheels back in the race using kinetic energy storage.  SPIN Storage Systems off Del Paso Road has spent 7 years and $5 million to perfect a design for a 30 kWh storage device and is ready to launch its product to the market. Put power in and the system acts like a motor to spin up a heavy wheel. Connect it to a load, and the spinning wheel becomes the rotor in a generator.  It’s reversible just like a battery.

Two decades ago, before the breakthroughs in battery technology, there was a lot of attention on storing energy in flywheels.  At the time, it looked like flywheels were going to be vastly superior to batteries in the amount of energy they could store, in how compact they were, and how little degradation they had over tens of thousands of charging cycles.   At least five companies pursued flywheel based systems. Only one has survived, and that one only barely. Active Power Systems was purchased by Piller Power Systems in 2016, after formerly NASDAQ-listed Active Power saw its sales and stock price falter. 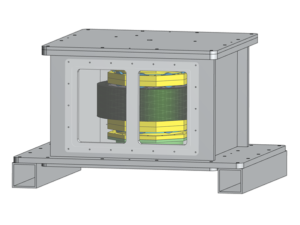 The primary problem was in taming the tendency for the flywheel to distort at high speeds make its center of rotation wobble. The amount of kinetic energy in a rotating flywheel is a function of the square of the velocity.  So there is a strong incentive to make the wheel spin as fast as possible. But the faster the rate of spin, the greater the forces trying to pull the flywheel apart, leading to the distortion. To have the flywheel as strong as possible, stronger-than-steel fiberglass composites were often used, but the distortion continued.  All manner of solutions were tried to keep the axle of the flywheel from wobbling, from using magnetic bearings to using high-strength, oil-cooled mechanical bearings. None worked well enough to allow speeds up to the 60,000 rpm originally desired. As a result, speeds in composite flywheels were limited to 25,000 rpm. Adding complex bearings and reducing the speed upped the cost per kWh substantially. Active Power took the approach of using a cheap steel flywheel limited to 10,000 rpm in an effort to keep costs low, but the reduced capacity at the slower speed meant the cost per kWh was still high.

Over the same period, there were a number of breakthroughs in battery capacity and life.  The cost of storing a kWh in a battery plunged. The result was that flywheel systems were no longer economic.

It is against this backdrop that SPIN has come up with some clever–even brilliant–solutions to the problems that have bedeviled others.   As SPIN CTO John Garber says, “Companies have been very good making speedy spinny things that break apart spectacularly.” He and SPIN think they have solved this problem with a “Virtual Axis”–they eliminate the axle altogether.  SPIN magnetically levitates its carbon fiber wheel between two magnets and lets the wheel find its own natural center of rotation. Subtle magnetic adjustments nudge the wheel to keep the wander in its center of rotation fairly small.  This innovation alone cuts costs dramatically.

But SPIN has gone further.  One other issue with using composites in the flywheel is that they usually “out-gas”–they leak vapors from the glue that holds them together.  To spin a wheel at high speed requires the wheel be in a vacuum to avoid drag that would sap energy. Because of the out-gassing in most composites, a vacuum pump is need to get rid of the vapors that could slow the wheel down.  SPIN has solved this problem by using a carbon fiber composite that out-gasses so little that no vacuum pump is needed. This breakthrough comes as a part of its collaboration with Spencer Composites, a long-time NASA and military contractor in Sacramento.  The result is another big cost savings, and a reduction in complexity.

After many years of testing and design, SPIN is now ready to launch its first product that can store 30 kWh and deliver 6 kW of power.  It will be about the size of a washing machine, storing enough energy to run a home for a full day. And have only one moving part, a rotor spinning in a vacuum, suspended on magnets. With no physical contact, there will be no wear, so it can run for a projected 30 year life with full power.

This model can be used for small installations, or grouped for larger projects. Eventually they will offer additional products tailored for market segments that may require more power or storage..  Their target Total Cost of Ownership (TCO) would be more than 50% lower than the cost of a system that uses new lithium batteries today. They believe this is a significant advantage over batteries, but in cost, and in the improvement in operational efficiency.

owever, it is still a race between chemistry and physics, between electrochemical energy storage and kinetic energy storage.  Several companies are pursuing battery-based products that have the identical cost-cutting target in view. Flywheels have a great advantage in their projected lack of degradation in each charging cycle.  But that may not be a permanent advantage. There are teams now showing battery systems with over 10,000-cycle lifetimes, up from just a few thousand ten years ago. The lead in the race has been shifting back and forth.  SPIN has made some dramatic process that may give them lasting slice of the market. The challenge is to the battery companies to match their strides.

SPIN is a world-class leader in this technology and has a great horse in the race.  A great company right in our backyard.

A great company right in our backyard.