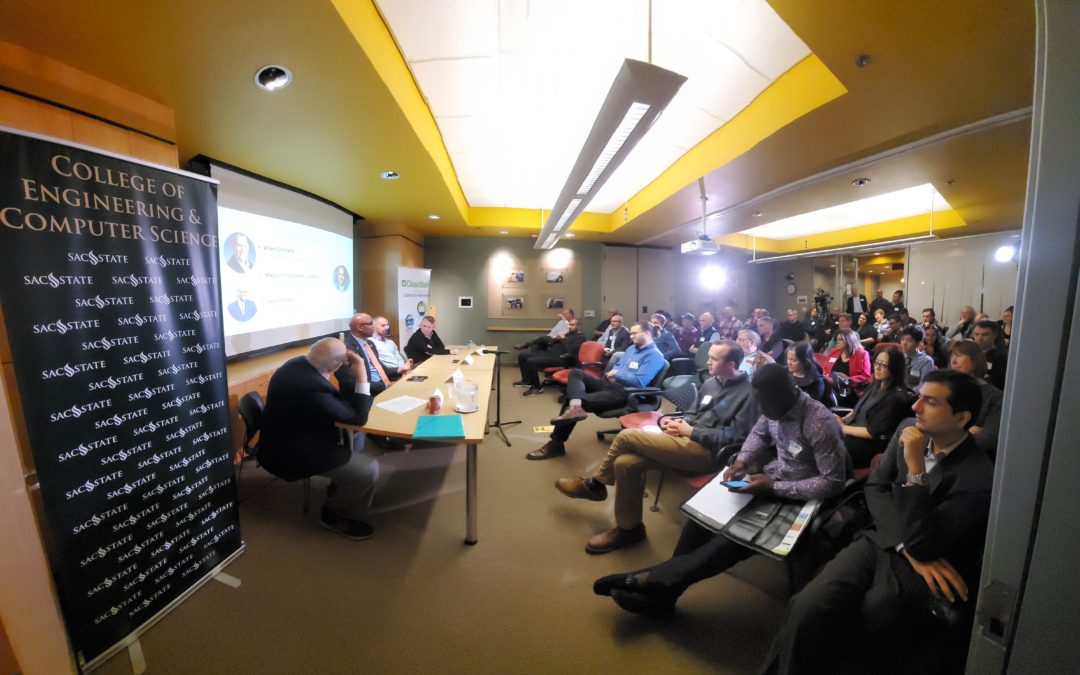 Visions of the Mobility System of the Future

Our January 30th MeetUp explored all the innovations being tried in the region to improve our mobility options. We where hosted by Frontier Energy at the California Fuel Cell Partnership.  Every one of the 67 chairs was full and a standing crowd spilled out into the lobby of the Fuel Cell Partnership building on Industrial Boulevard in West Sacramento.  Little wonder. We had an all-star set of presenters for the night—West Sac Mayor Chris Cabaldon, SMUD CEO Arlen Orchard, Sacramento’s Chief Innovation Officer Louis Stewart, and Sac State Transportation Engineering Professor Ghazan Khan.  We started with Prof. Khan describing his autonomous vehicle project on campus, using the “Olli” shuttles from Local Motors in Arizona. It was a limited test, with the self-driving shuttles only used on-campus, off city streets. The real gain would come if the shuttles could be used to gather up students from remote parking lots or from light rail.  Then congestion on campus would be potentially significantly reduced. But one step at a time. Interestingly, one of the common comments of riders during the test was a desire for the shuttles to go faster. They were limited to 5-10 mph. Nothing changed human nature to get to class at the last minute—and look for shortcuts.

Next we turned to a panel discussion to explore what the mobility system in our region might look like in ten years—and most importantly what opportunities it may create for creative entrepreneurs.  The Mayor made a strong point about the shared-ride pilot project West Sac has had with VIA and RT since November 2017. He said the most intriguing result is how it improved mobility for residents who were off the regular RT routes and for whom Uber/Lyft were too expensive.  Riders are charged $2.50 each way in West Sac ($1.25 for seniors and disabled). Users can schedule a ride, get to a nearby pickup point and be dropped off near their destination. Users were able to cut the time to get to and from a grocery from an hour to minutes. One user said for the first time in years she was able to buy ice cream.  Before VIA it melted before she could get it home. She could exercise at a pool facility she otherwise could not enjoy. In that way, this modest addition to the mobility system has had a truly transformative effect on people’s lives. The VIA system was adopted in January 2020 by Sacramento in large parts of the city growing the service dramatically.

Arlen and Chris commented on challenges with how the charger network will evolve in the next decade.  Just doing “more of the same”—growing the public charger system from 1000 to 10,000 units is probably not practical logistically or economically.  Will there be more ultrafast DC chargers? Where will be the least problematic place to put them on the grid? What would the addition of on-site battery storage as a buffer to do increase the number of good sites?  How can data be analyzed to tell where on the grid will be the best place to have storage? How can ultra-fast chargers be installed without having a lot of negative consequences? Arlen also mentioned the push behind a new Mobility Center in the area, supported by SMUD, Sac State, GSAC and the city.  Good news for innovators—the plan is to have a $100 million mobility innovation fund to underwrite new companies here.

Louis talked about efforts to make Sacramento a city that would welcome a lot experimentation in mobility innovation.  Already RT is talking about electrifying its bus fleet and even managing electric vehicle fleets for others. Maybe we would have a “zone” where autonomous vehicles would be allowed.  He was also concerned about making the jump to new solutions too quickly, without looking at the consequences. He wanted innovation to be part of the city’s identity, emphasizing connectivity, shared data, more choices, and a focus not on technology itself but on how people’s needs are better met through innovation.

We recorded the entire sessions and it is worth the time to view it all.  When it is available, we will send out a link.

Our next MeetUp is February 27 and will have a focus on storage.  Be looking for our announcement. 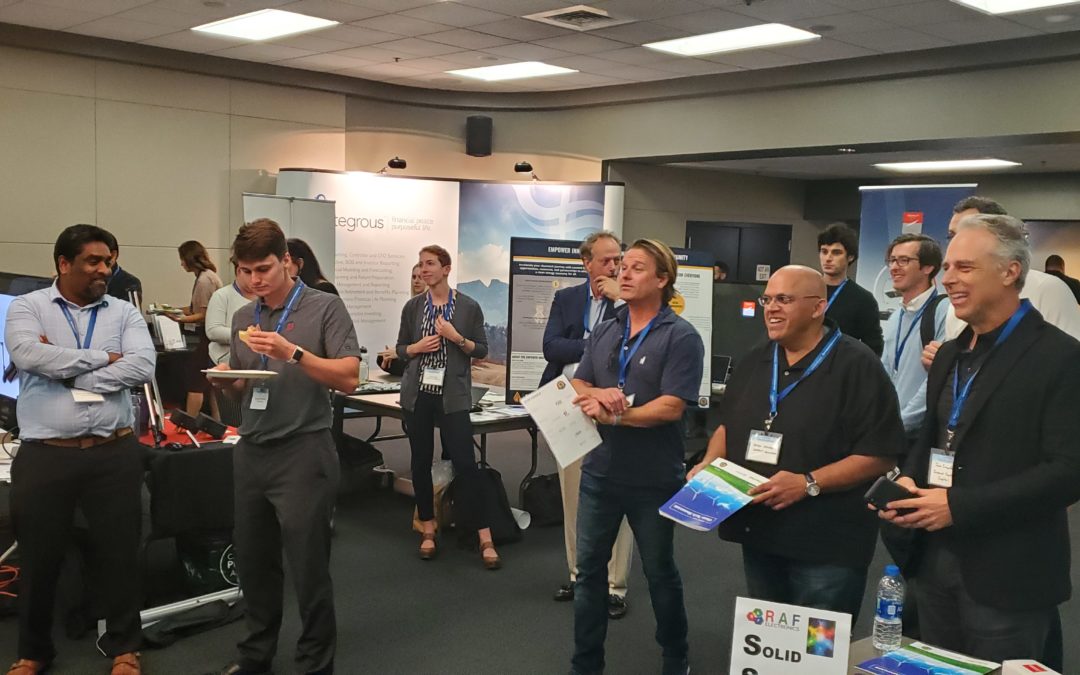