Bolton eBikes: A Lesson in Building a Fast-Growing, Successful Business 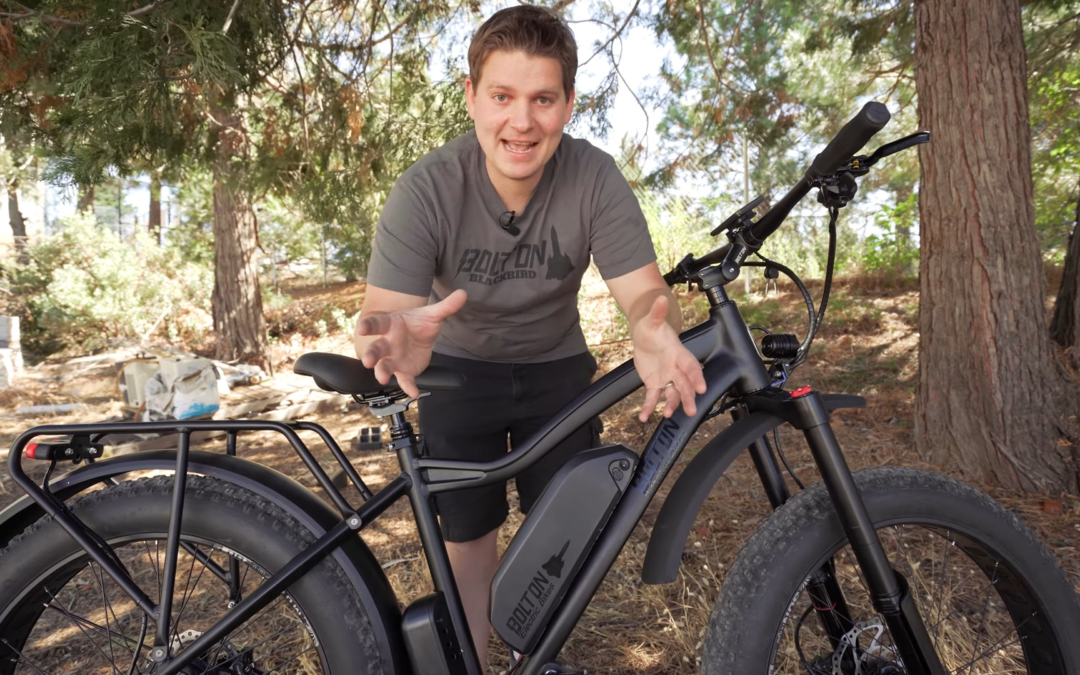 It is unusual to find a hardware-based cleantech company that can grow rapidly, but Kyle Chittock, the founder of Bolton eBikes, has done just that.  Located in Grass Valley they are growing exponentially, selling bikes across the US.  Their revenue grew 469% in 2019 and 580% in 2020.  Our Feb. 2nd Perspectives online session with Kyle is a must-watch to find out just how he did that.  See the video here below.

As with many entrepreneurs, Kyle did not start out with the product he now sells so successfully.  He had to pivot.  His first product was the “Velomobile”, one of those bikes enclosed in an aerodynamic shell.  While it was super-efficient and protected the rider from the elements–no one cared.  So Kyle took a step back and began to sell parts to convert bikes to electric drive or to upgrade existing e-bikes.  That gave customers better range, safer brakes, and a better experience.  Then he began to explore what other manufacturers were selling in the way of e-bikes to get an idea of what people liked.  He arranged to sell those bikes through his website and build his presence.  When he thought he was ready, he launched his own line building what he thought people would find cool, and went from there.

He found there were no manufacturers of bicycle parts in the US, so he has parts delivered to several assemblers in China.  He has a machine shop and is starting to build some parts locally as a backup.  What he discovered was that e-bikes are so popular worldwide that the lead time on the parts he needed was about 500 days.  E-bikes may be popular, but no one will wait for what turned out to be close to two years for the products.  So again he needed to figure it out. He would like to see more parts come from US sources.  There clearly is an opportunity there, but it won’t change things right now.

He now orders the parts overseas and gets a flow going to the assemblers in advance of getting actual orders.  Then he takes orders with a 4-6 month promised delivery time, which customers seem to tolerate.  The orders are coming in fully paid, so he uses that to generate the cash flow to cover the advance purchase of parts.  He has taken in no outside investment.  He uses the cash flow from the still on-going parts business and a little of his own money.  His advance sales are sold out.  His revenue is growing rapidly.

So where did the name come from?  Kyle found out the first electric bike was patented in the US in 1895 by Robert Ogden Bolton.  He thought that was a cool name.  Sort of conjured up “lightning bolts”.  And Kyle discovered he had a long-ago relative with the name Bolton.  And so Bolton eBikes was born.

The bikes weigh 60 pounds on average and are priced at $1500 to $5000, which is pretty modest in the world of electric bikes.  But the price is not the major driver of sales. Kyle cleverly started doing YouTube videos about his bikes and the whole adventure of e-biking.  That now gets him over 10,000 views per day, with 44,000 new subscribers just last year–huge in the world of online marketing.  He highlighted that it didn’t come overnight, but was the cumulation of years of continually posting and sharing what he was working on.  Now he is also doing an online weekly podcast with 6,000 downloads per month.  He’s an online star, and as he puts it YouTube now pays him to put content on his channel.  That’s right.  He gets paid for doing his marketing because it builds volume on YouTube.  Plus he uses the channel to test out new ideas, talking about new concepts, and getting active feedback from the discussion.  This is customer discovery, one of the most important parts of building a successful business.

He now has many models, is designing more in his studio, and continues to sell products he likes from other manufacturers.  If you Google electric bikes you will find that there are dozens of sellers out there.  But Kyle is making his distinctive mark.

Check out his website at www.boltonebikes.com and then watch his videos.  You will see his bikes are definitely cool.  He has really done a great job.  He is a long-time resident of Grass Valley and graduated from the Mechatronics Program at Sierra College.  Clearly a home-grown success story.

We are able to put on these perspectives with the support of the College of Engineering and Computer Science at Sac State.  Make sure to check out what they are working on. Join us for a future Perspectives event and get more insights into our cleantech stars around the region.