Energy Storage of The Future 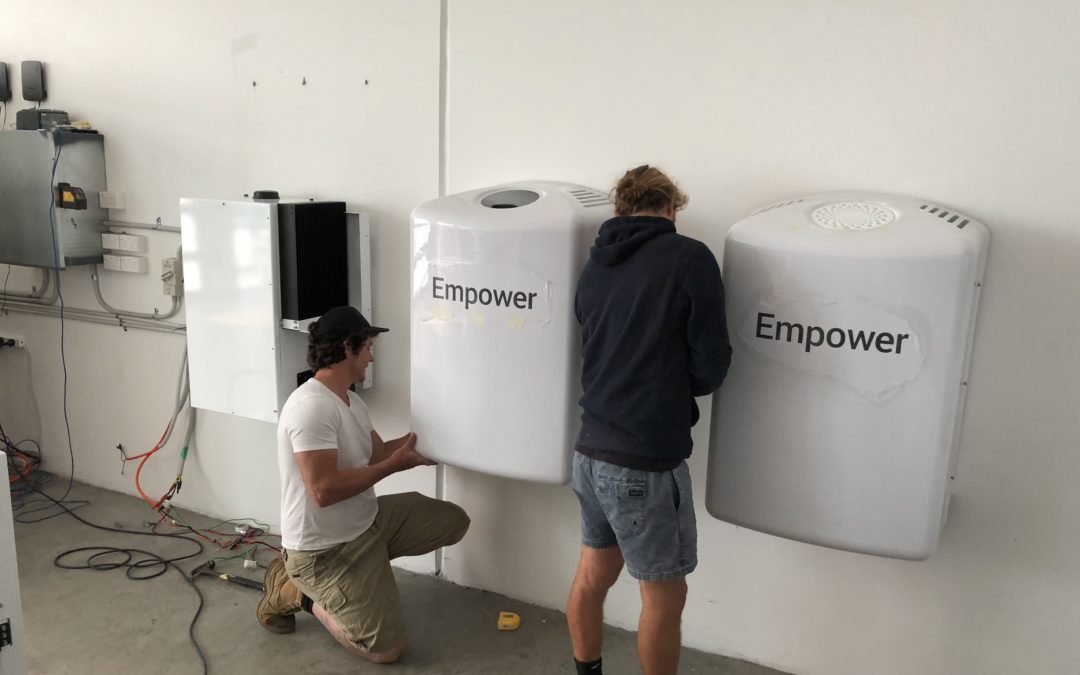 Empower Energy is a new venture just established in Davis, but with roots in Australia.  It is an energy solution company aimed at pursuing the energy storage market, but also targeting an emerging need for micro grid management. It was founded in 2010 by Ezra Beeman, a professional in the energy industry with close to 20 years’ of experience in the electricity supply industry, and a native son of Yolo County. Over the years Beeman recognized inefficiencies in the grid that could be solved by strategically placed storage. The inefficiencies come from losses and low utilization of assets like transformers and power lines. Transmitting and generating power is roughly only 40% of the cost of power, while distribution poles and wire infrastructure make up the rest. Beeman has been able to identify where storage could make the biggest difference in avoiding costs to expand or replace parts of the distribution grid.  Avoiding these costs can actually be worth more than using storage. The trick to capturing these grid savings is in having a device which can interact with the grid and be managed directly or through price signals to provide support to the grid at the right times. All this can be done thanks to Empower Energy’s patented “smart” energy storage device, the ElektroBank. The ElektroBank is a 7 kWh lithium-ion battery-based energy storage device that includes a hybrid inverter, capable of powering rooftop solar PV panels.

The challenge for the business model is in getting the utilities to pay for these avoided costs in order to pay much of the cost of the ElektroBank.  The structure is in-place for utilities to do this in Australia now, and Beeman is targeting his first sales there to prove the concept. Empower Energy is partnered with Kokem co. Ltd, a South Korean company that provides Empower Energy with lithium-ion batteries that enable the ElektroBank to discharge and recharge double the number of times as most storage devices currently on the market. The patented storage device also makes a separate solar inverter unnecessary, saving customers who install solar a portion of their costs.

Ultimately, Empower sees units of this type as an essential backbone device to managing power flows in, out, and within micro grids.  Ezra sees the future of the utility as the manager of roadways between a collection of traditional distribution system, a concept much talked about in the US, but not yet implemented.  Empower believes its timing will be good to prove its product’s value in Australia and then to introduce it into evolving markets here in California and select other states such as New York as they adopt third party access approaches comparable to Australia’s.