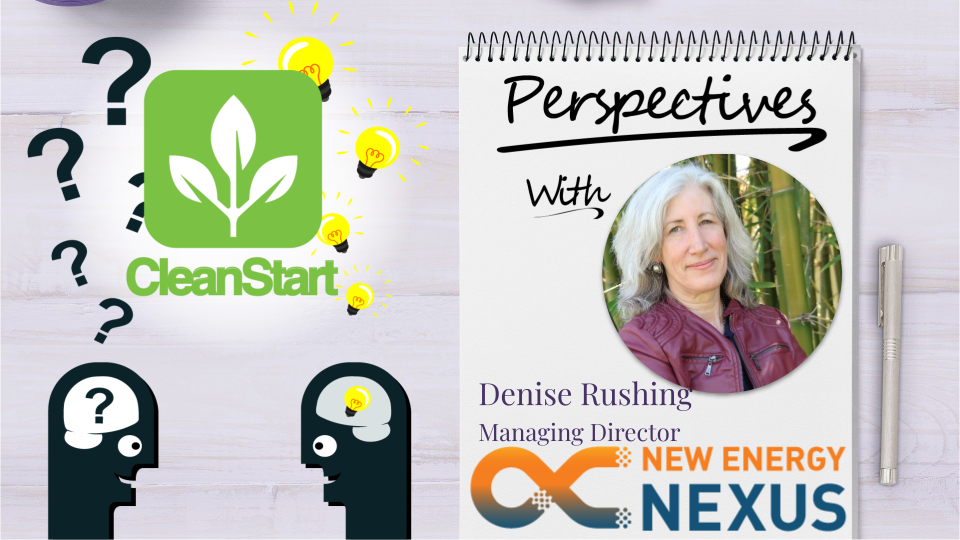 On March 7, we heard from Denise Rushing the newly appointed Managing Director for California within New Energy Nexus about the accomplishments and aggressive goals it has for the future.  By way of background, what is now New Energy Nexus began with $30 million of seed money in 2014 coming out of the settlement of the PG&E bankruptcy to create the California Clean Energy Fund (CalCEF).  With the help of more established clean tech funds, CalCEF began investing in individual startups, hoping that the success of those companies would lead to gains that could be recycled into new investments.

In 2016, the CEC created a new program called CalSEED to inject about $25 million per year into new startups through non-dilutive grants rather than equity investments, accelerating the commercialization of innovations from startups far more than the original $30 million revolving investment fund had.  That same year, CalCEF reconstituted itself as New Energy Nexus with a greatly expanded vision to promote acceleration of clean energy ventures worldwide.  Since that time New Energy Nexus has funded, grown, and built innovation ecosystems around 15+ new accelerators in 9 countries, mostly in Asia.  Denise said now that their efforts have assisted in landing over $1.5 billion in new investments for participating startups.  With the global expansion, they have now assisted over 400 startups.  The network they have created and the resources they offer could be very valuable to any startup.

Their approach has been to create extensive networks and ecosystems, and to support startups over six key activities as shown in this diagram.  They have many useful tools on their website and provide easy access to those provided by others. 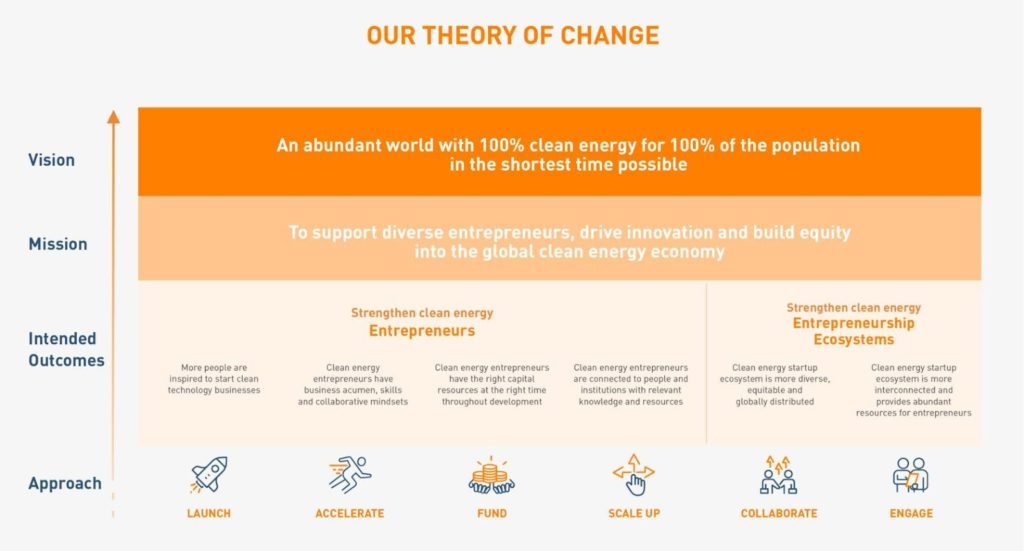 They also manage the CalTestBed voucher program to subsidize testing and validation of prototypes startups create, generating critical data that investors need to demonstrate the technology does what is claimed.

Of particular note, Denise mentioned that applications for Cohort 6 of the CalSEED program will open in January.  As you may recall, that Cohort was postponed from this spring, so it is good to know things will be getting back on track.

Denise herself has quite an impressive background.  She is a registered mechanical engineer and served 8 years on the Lake County Board of Supervisors.  After spending several years with PG&E in marketing and then with 4 tech startups, she founded Tactical Partners in 2000.   There she offered strategic and marketing advice to climate tech companies.  After 20 years, she advanced to New Energy Nexus and then was elevated to her current position.

To get the full benefit of this conversation, a recording of this session is available below.