CleanStart at the Sacramento Innovation Awards 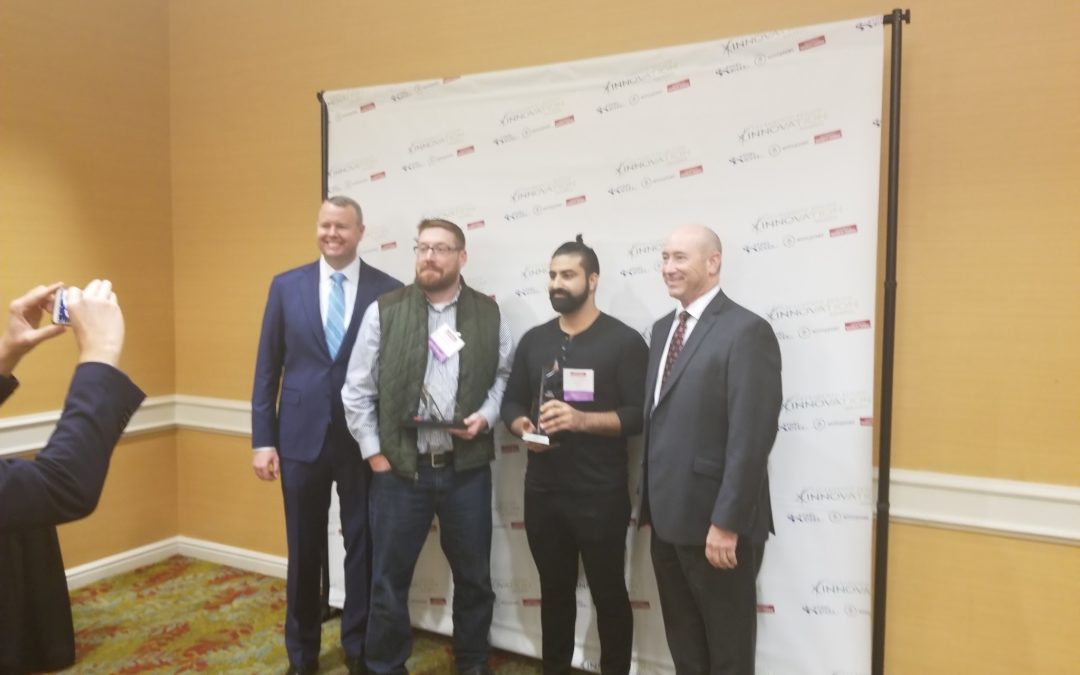 The Sacramento Innovation Awards is one of the most exciting times of the year. Last year, it was my first major event with CleanStart. This year, I got to see companies I knew personally and professionally compete for recognition and awards. A number of companies CleanStart reported on in 2017 have made quite an impact.  At the 2017 Innovation Awards, three companies promoted by CleanStart through engaging our network and dissemination of company profiles competed in two categories.

Athena intelligence was a finalist for the ag-tech category. Athena Intelligence uses a big data solution to evaluating the cost of farming, encouraging farmers to better utilize their resources, which they term the Internet of Earth (IoE). Terzo Power and Tenkiv went head to head in the sustainability category. Terzo Power is making a revolutionary hybrid platform for tractors, enabling hydraulic systems to operate with a constant running diesel engine. Tenkiv, who won the 2017 sustainability award, submitted the Tenkiv Nexus, a combination solar heat and PV solution to water scarcity.

Listening to them all pitch to stakeholders in the Sacramento region reaffirmed CleanStart’s belief and goal of Sacramento becoming a Clean Tech hub.  Personally, it was hard for me to watch,  Terzo and Tenkiv compete in the same category, I desperately wanted some sort of tie. The Award went to Tenkiv, but I know Terzo will make big splashes in 2018.

The 2016 winner of sustainability, Sierra Energy, went on to build their FastOx plant in Fort Hunter Liggett.  Terzo has major grant support for 2018 and Tenkiv is getting ready to manufacture.  So, I am looking forward to both Terzo and Tenkiv to have benner years in 2018, hopefully bigger than Sierra Energy’s 2017.  Athena Intelligence is continuing to grow as they demonstrate the benefits of using big data to farm.

The Innovation Awards are put on by CleanStart supporters Stoel Rives and Moss Adams.  Both these companies  continue to support CleanStart in our mission to build Sacramento as a Clean Tech Hub. After an exciting 2017, I think 2018 will be even bigger.