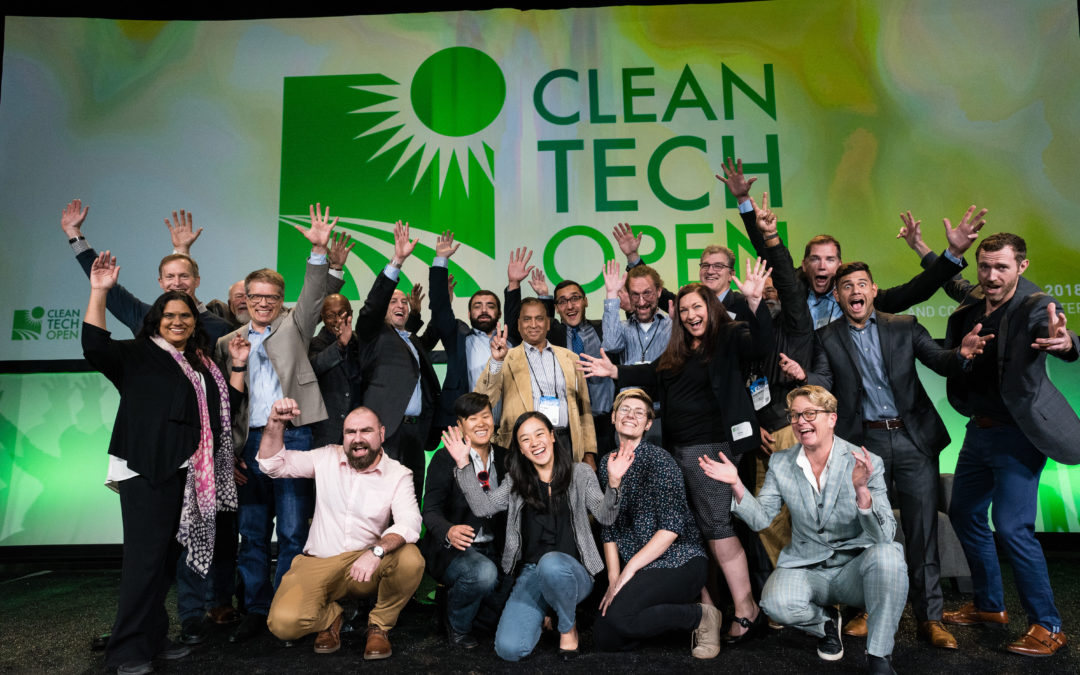 Last week there were two important pitch contests for cleantech companies and three of our local ones competed.  On October 22, judging was done for CalSEED prototype grants of $450,000.  Empow Lighting (a clever LED replacement panel for fluorescents in existing luminaires) and Stasis Group (a cold storage device placed downstream of a building roof-top air conditioner to reduce peak loads) were among 9 companies that presented.  Results won’t be announced until after the first of the year, but likely 5 or 6 will be selected to receive the grant. Fingers crossed!

On the second contest, we do know we have a local winner.  On October 23, judging for the CleanTech Open West selected 6 companies out of 30 contestants to advance to the national finals.  RePurpose Energy (re-using EV batteries for stationary storage) won the award for most significant potential impact.  Way to go, Ryan Barr and team! They will be heading to USC in November for the finals to compete for significant prize money.

CalSEED and Cleantech Open are now leading ways for funding your early stage startup in that difficult period after friends and family have chipped-in and private investors are not ready to write a check.  The next cycle on both routes for 2020 are about to begin, so be on the lookout for more info on when the application periods are open. We can help you with that.